Because day two was such a difficult hike, we decided to take it easy today which meant riding the free shuttle bus around the park to see all the sites, getting off and exploring without any hiking! We even slept in and caught the later bus which we were happy wasn’t full. 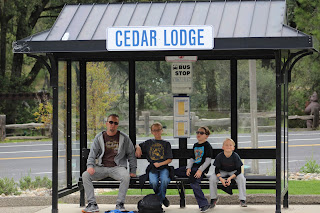 My boys at the bus stop. 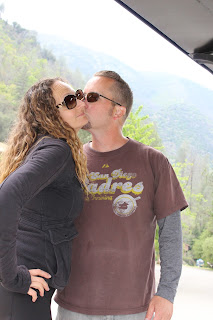 One of my boys wanting to take a picture of us. 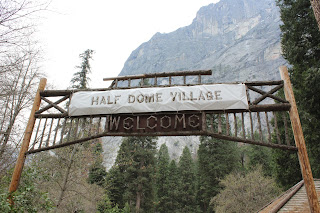 First stop half dome village as it was the last stop before returning to the visitors center. So we hopped off and made our way to Mirror Lake for a walk, not hike as Ben started saying “hike” was a bad word and for no one to say it! 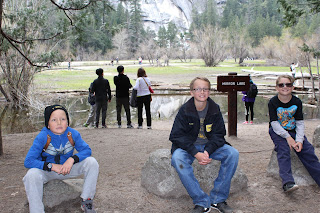 Lots of stops and resting on this day which meant lots of photos of my boys. 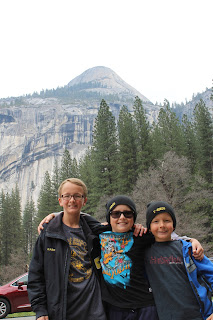 Some of the most beautiful scenery was around this lake. 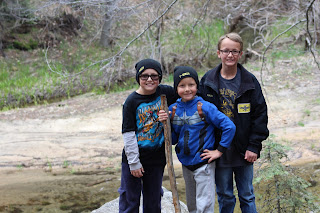 My favorite thing to look at was my 3 guys. They really enjoyed kicking back and being able to climb rocks, walk across logs, etc. It gave me time to get some cute individual pictures of each of them. 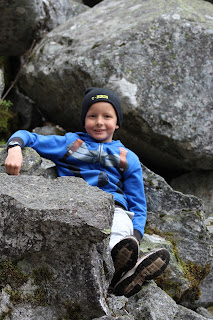 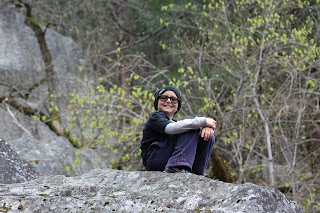 Zach is 10 years old and in 5th grade 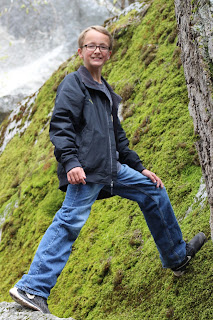 Josh is 12 years old and in 7th grade. We had to wait for this week to go on vacation as he was only off this week, unlike his brothers who were off the week before as well. 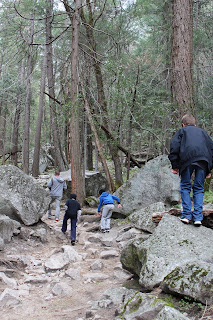 None of these guys know how to stay on a path which was fine here as it was nice and flat. 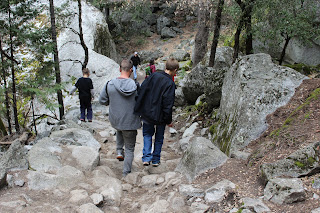 You can see the rocks make up the path. There were some great paths and trails to follow to all the falls and scenic spots such as this one. 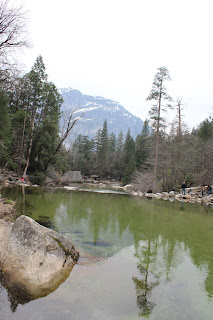 And this is why they call it “Mirror Lake.” 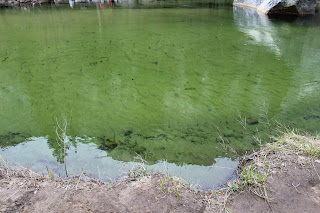 I only wish that it were a clear day, but it was cloudy and gray. 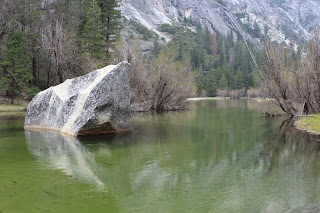 We even ended up with a little rain. 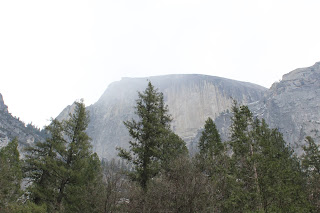 Half Dome was closed because there was still snow up there, but yesterday we hiked half way up. Some day my kids and I will hike the all the way to the top! 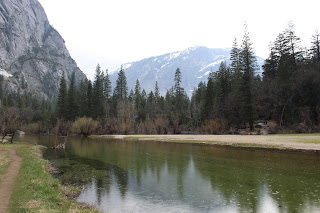 We took a walk to go around Mirror Lake, but didn’t see an end in sight! 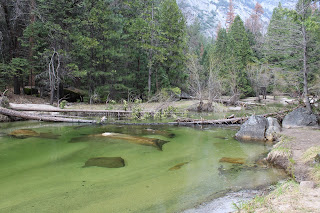 So we saw some logs and decided to cross them. 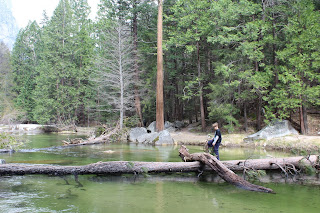 Sean went first and took the camera, then went Zach who we had no fear of falling into the river. 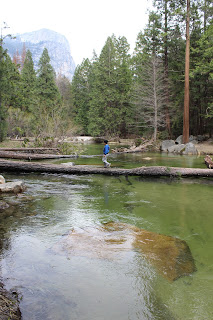 Then Ben went because he was eager and we knew we could trust Josh and Zach on the sides if either Sean or I had to jump in to rescue Ben. 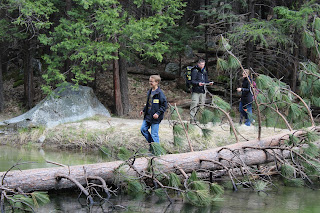 Josh’s turn. The family you see behind him was wanting to cross when we showed up, but were still deciding and wanted to watch us go first. 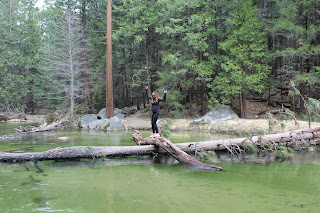 Mama’s turn. We all made it safely to the other side, and that family decided they’d make the walk back in the scattered showers. 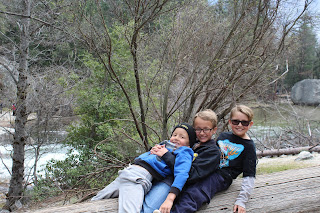 My 3 lovely boys being silly on a log, but so happy that there was no “real” hiking today!