Insurance is a funny thing and so are husbands….when they forget to make the insurance payment. Which mine did and I realized when I went to pick up my prescription for my anti seizure medicine. I put in a quick call to the insurance company who was so nice and said that all we need to do is fax a letter stating that we want it reinstated because they “want to keep our business and won’t give us a lapse in coverage.” Sound too good to be true? 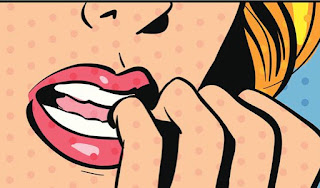 I called again and was told that it was only a 50/50 chance that they will reinstate me, which was the worst thing in the world to me at that moment (and of course I was on the phone about to walk into Ben’s classroom to teach Art Ed in tears), with my appoint for an MRI 2 days later. That night I tossed and turned, unable to sleep. I finally decided I would post a nasty tweet to HealthNet, so I did. 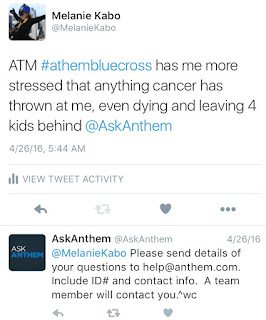 And they replied. I emailed them my info as requested and received a call at a decent time in the morning, not 2am when I sent it! I was told that we had to pay $1500 for the missed payment and the next payment, so I paid and was told it would be reinstated, and I was hopeful that I’d make my appointment the next day. But I was a little too hopeful and the hospital called saying there was no insurance on record, so again I called the insurance who said it takes 24-48 hours. To be on the safe side we pushed my appointment back 3 weeks to be sure I would be covered for it.

I received a call the day before my appointment and was told that my copay for the MRI would be $2900, so I assumed that meant insurance was going to cover the rest. 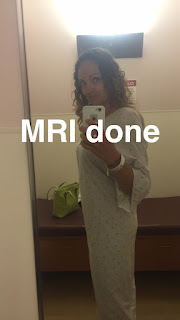 I made the trip up to Beverly Hills alone this time and haven’t in over a year, since it’s so stressful to me. Of course this was the trip I went alone because when I went to registration they said insurance wasn’t going to cover it. So to make a long story short, who ever called me messed up and didn’t enter that I was covered in their system. While they pulled their heads out of their asses, I missed my MRI and was finally squeezed back in and only ended up being 30 minutes late to my doctors appointment. 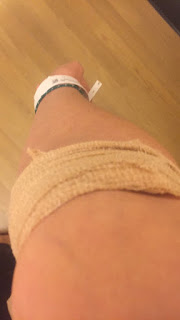 Because I was not on time for my appointment there, I was squeezed in again, and made to wait for a bit in the room which makes me nervous because that’s usually when my oncologist reviews my scans. It took for what seemed like forever for me to be called back, and when I went into the room to review my scans, I think he saw a worried look on my face, because as soon as I walked in he told me to breathe and that they looked fine!!! YAY, that’s the news I wanted! 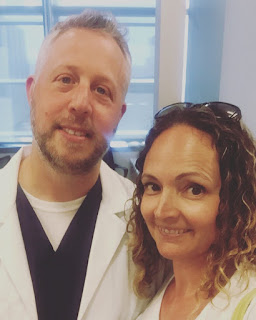 There is a reason Dr. Rudnick and I are smiling, my clean scan streak continues and insurance hopefully has all of the kinks worked out and my husband remembers to pay. I’m sure after this he’ll never forget again!! Thank you all for your prayers.

When it was all over I drove through Hollywood into Studio City to meet a friend (from a survivor trek to Tahoe, which I still need to post about) for dinner to celebrate. 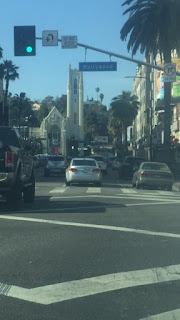 My friend Sarah and I had raw blueberry mojitos at a vegan restaurant, so they used a raw fermented juice (tasted like wine) in the cocktail 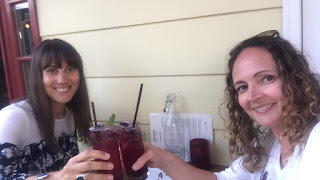 We took a few pictures after we ate. It was wonderful catching up with her. I loved every minute of it and dinner was delicious! 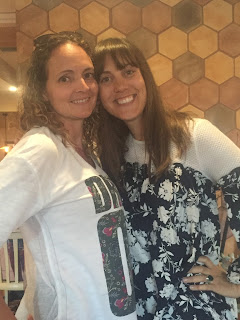 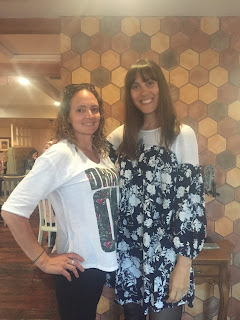 And with her up there, along with a high school friend I will always have something to look forward to and someone to celebrate with. Never again will I go 4 months in between MRIs, even Dr. Rudnick thinks ever 3 months is perfect, Next appointment is on August 3rd. So much life to be lived in the next 3 month, including jumping out of a plane for the first time, kayaking in the Smokey Mountains, Josh finishing elementary school, and summer vacations, girls trips…lots of living, I’ll be busy!