My boys are getting older and definitely more independent. They’ve been helping me with dinner for as long as I can remember. Recently though, they have been taking more of an active role, cutting, stirring over the hot stove, and even making their own snacks after school. They’re cutting their own apples and putting peanut butter on their plate to have an after school snack. My husband Sean has even taught them how to make scrambled eggs for breakfast, although we’ve never let them do it unsupervised. One of us is always there to help them out or coach them. After all they’re only 10, 8, and 6 years old.

I always make my boys an after school snack, and lately they’ve been trying to take over and make it themselves. I just got the book, “The Berenstain Bears’ Country Cookbook, cub friendly cooking with an adult” by Mike Berenstain.

First thing I did after we got this cook book was to have my boys sit down and select something to make. I told them that they could pick anything and that I would help as much as needed. Being vegetarian, this book is actually very vegetarian friendly, so I had no worries about what they’d pick. 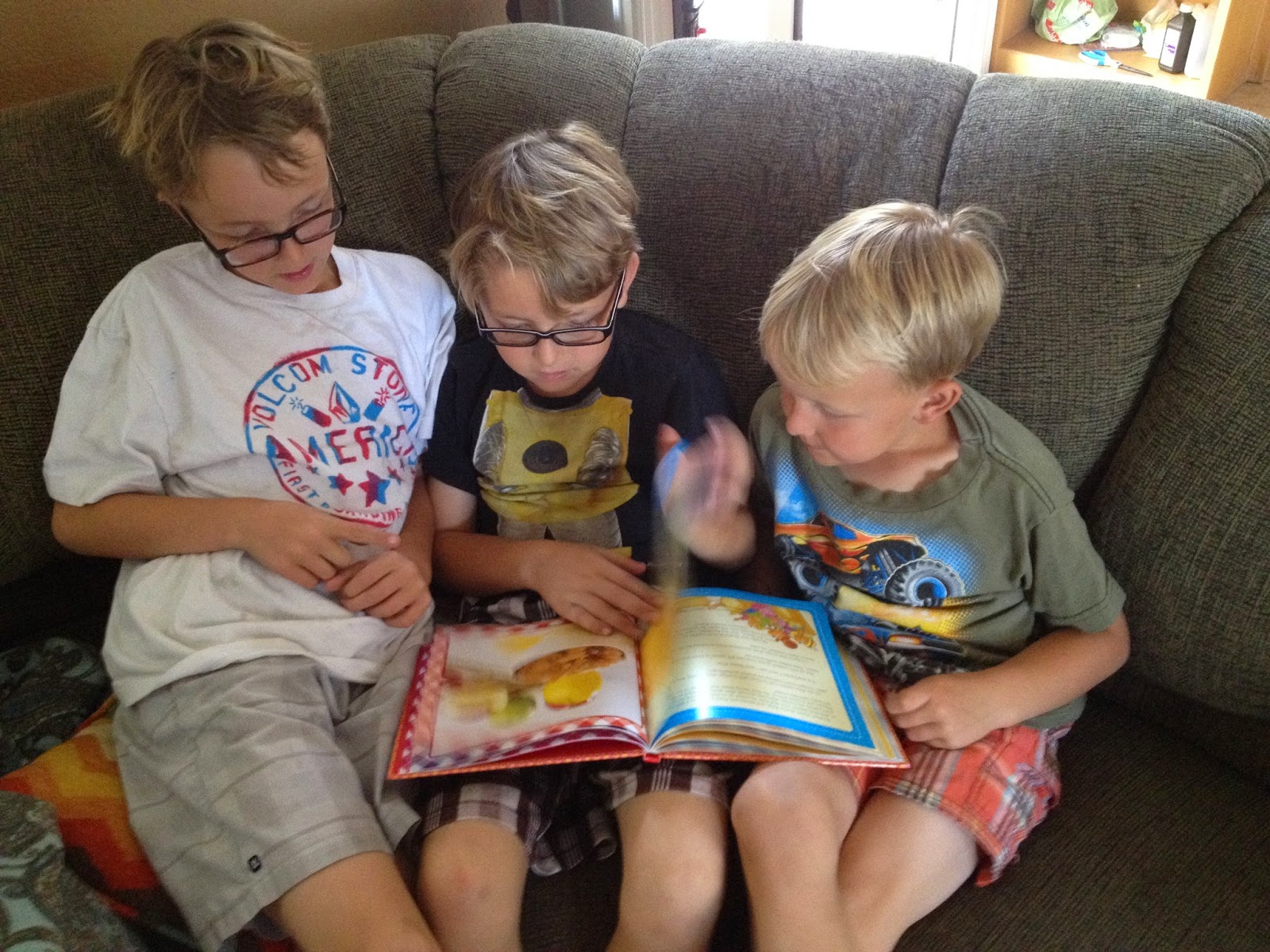 They selected the recipe they wanted to make and pulled out all of the ingredients. 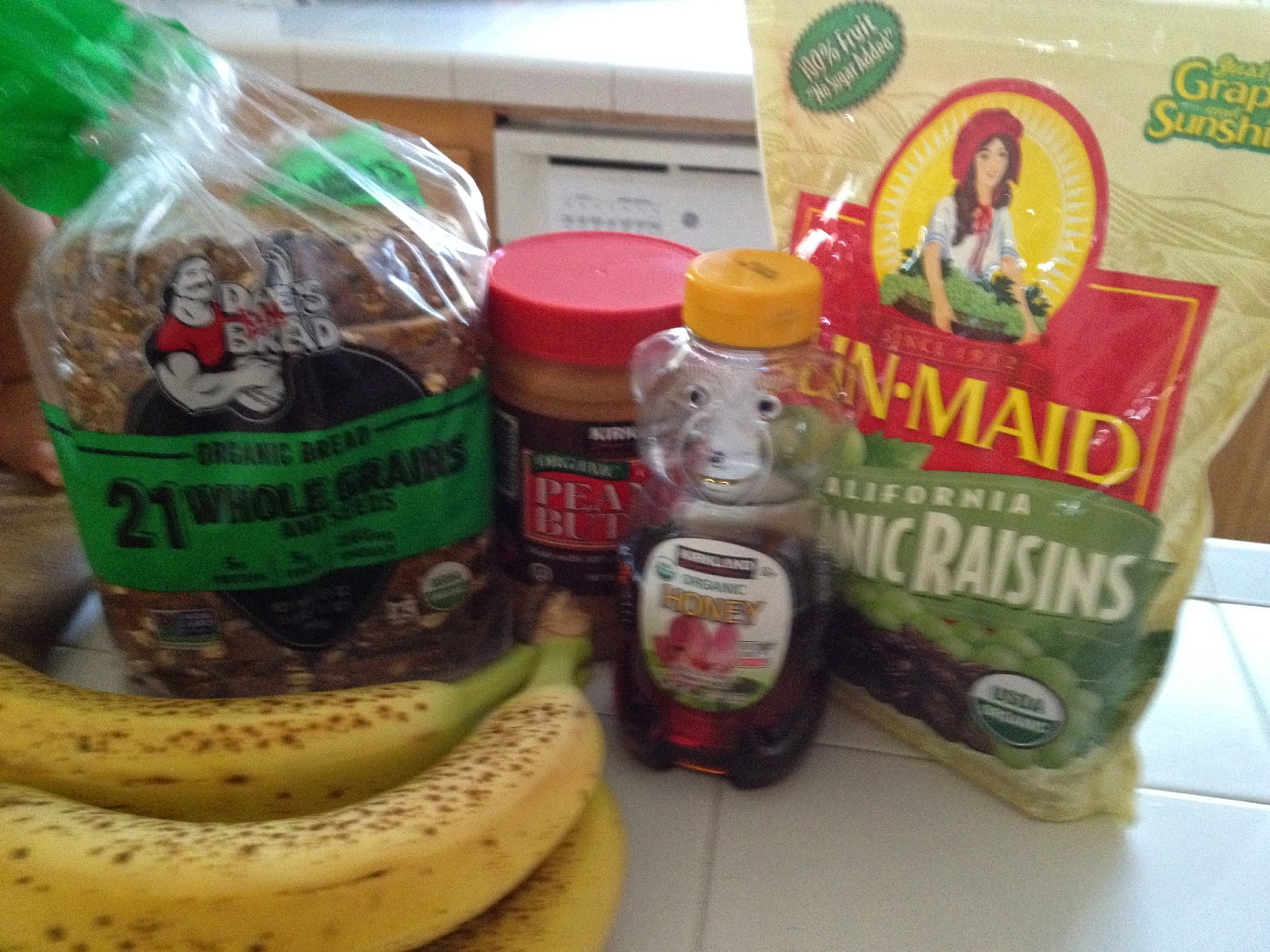 Zach used the toaster oven as the bread was to be toasted. I supervised with this, and helped him remove the hot toast. 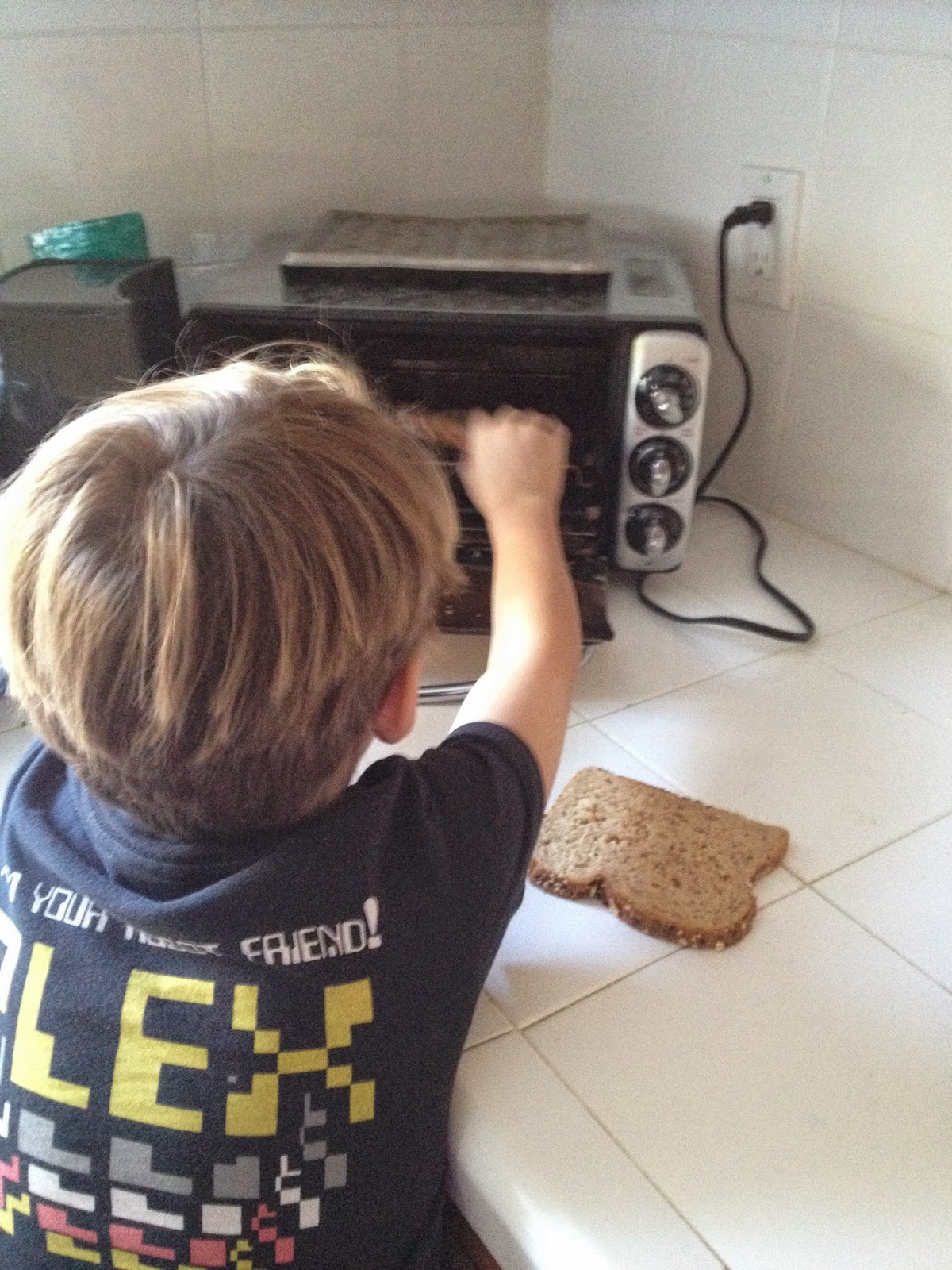 While Zach toasted the bread, Josh cut up the banana. I figured with him being the oldest, he could have that job. Although I do allow all of my boys to help me cut foods that we use in meals. 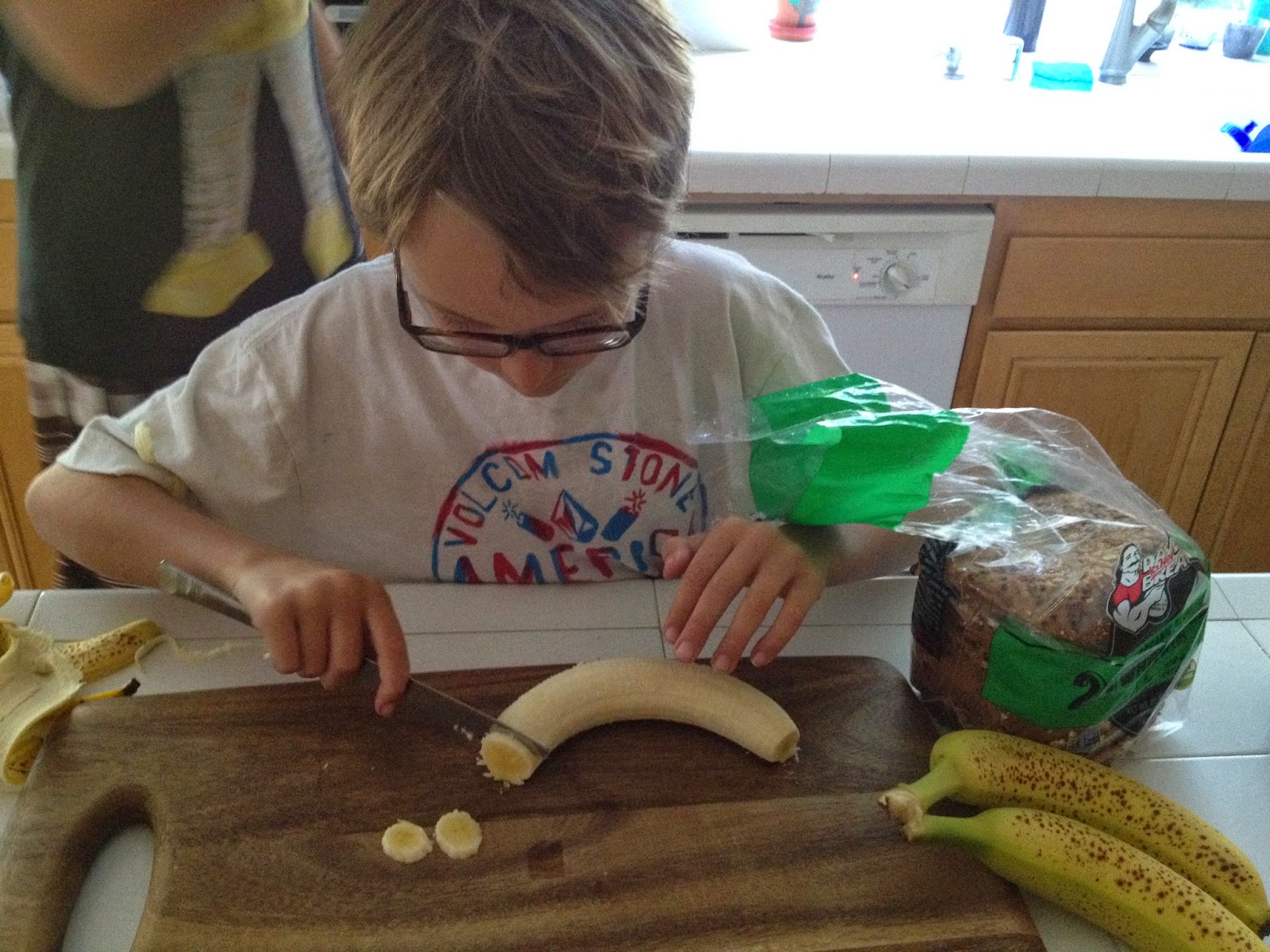 Zach is my biggest helper and was most excited about making an after school snack. He took the lead and my two other boys helped as much as they could, or as much as Zach would allow!! 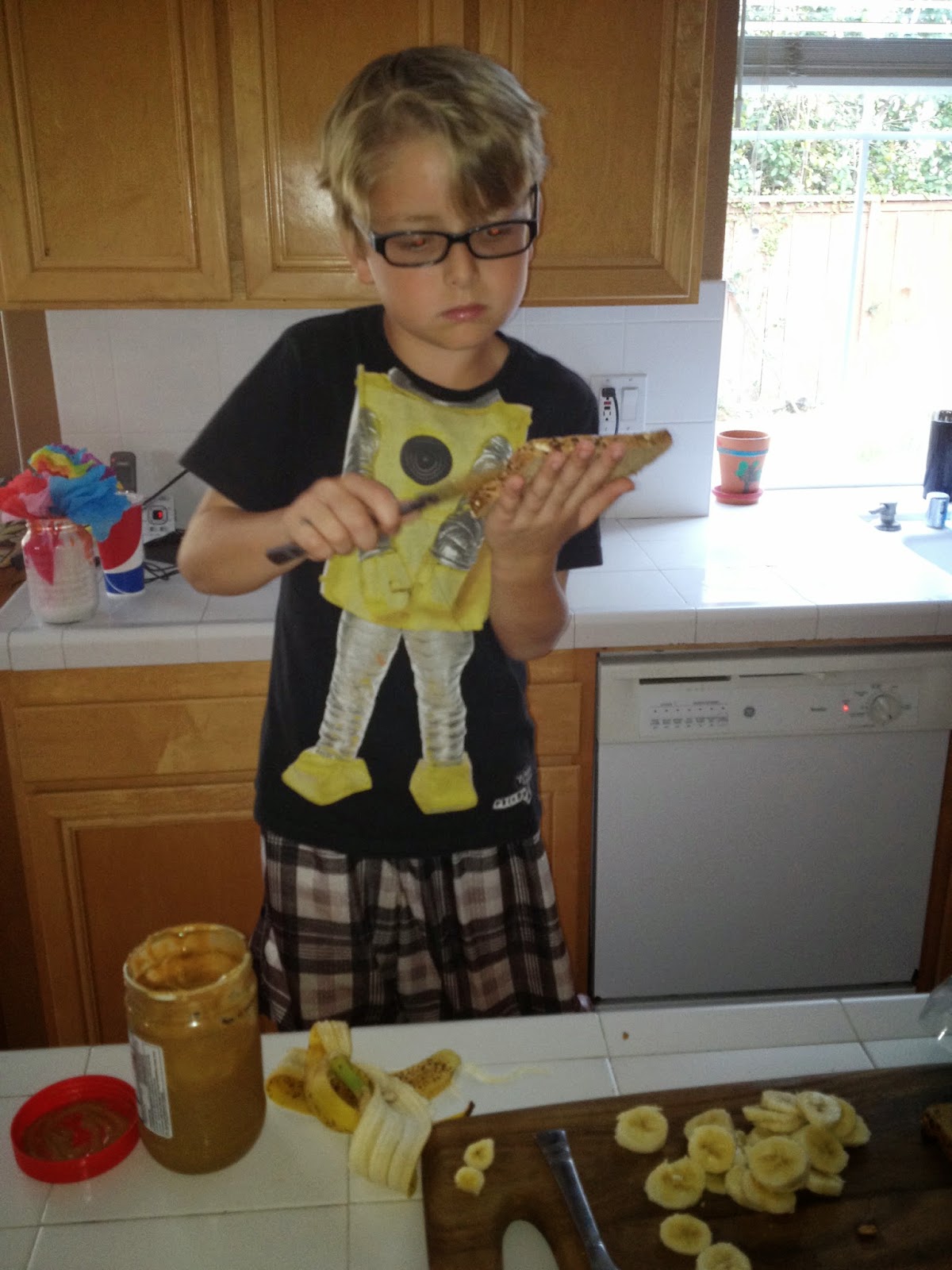 Zach told Ben what his job was in creating this after school snack. 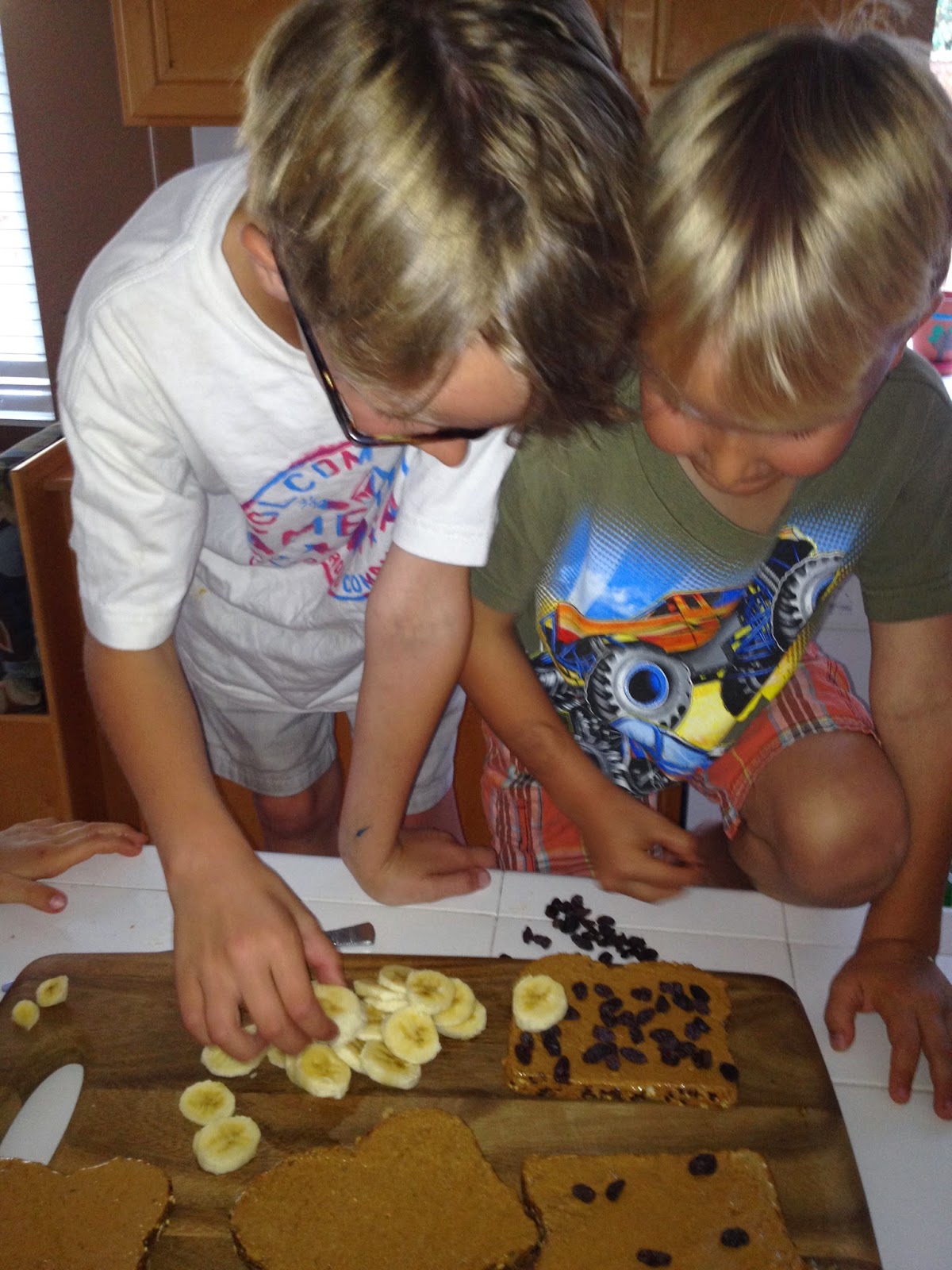 And Ben was more than eager to help! 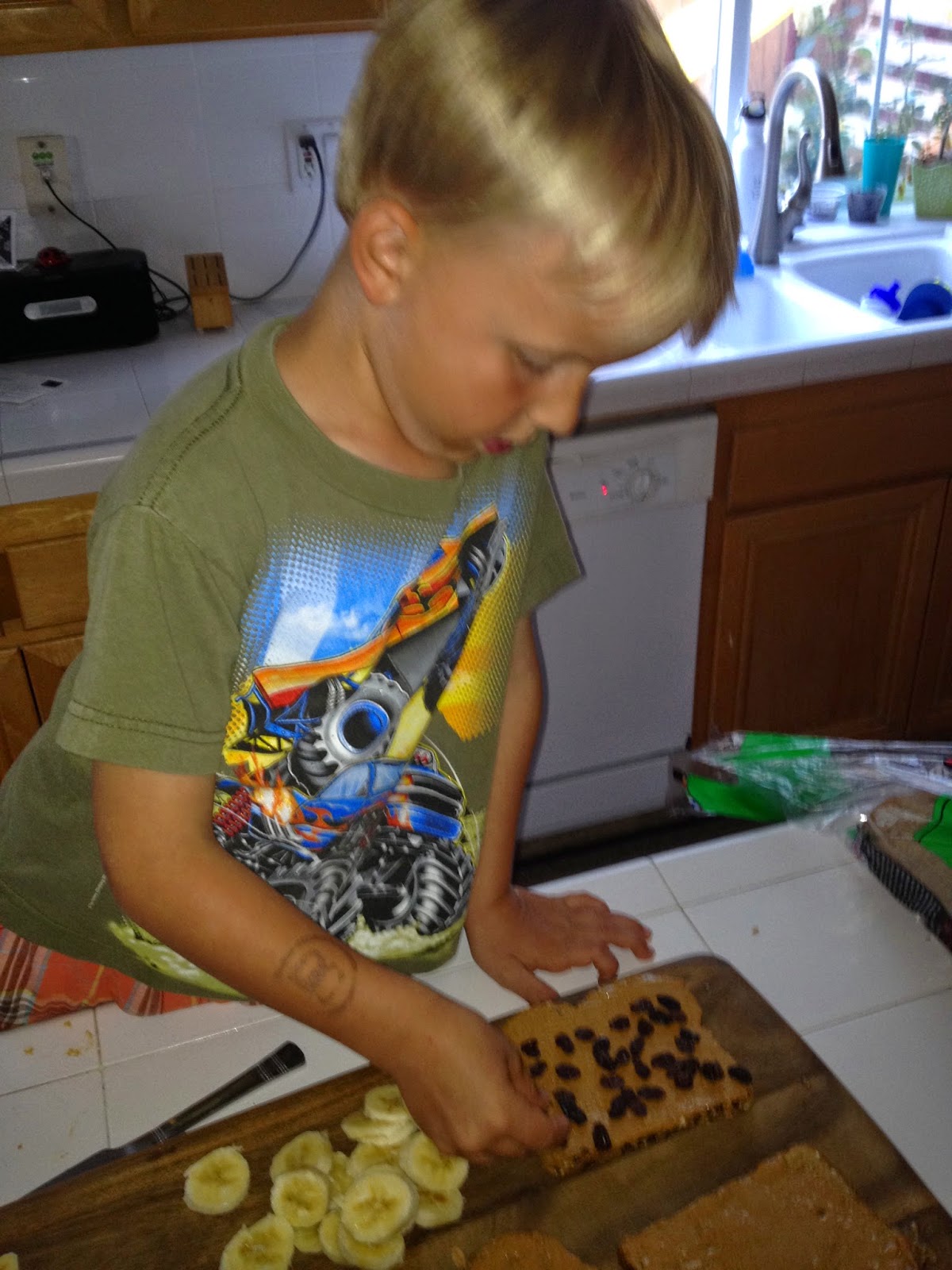 All of my boys took a part in creating this snack. It was great to see them work together as a team and it is great knowing that they are able to make an after school snack without my help (or without too much help and instruction from me. 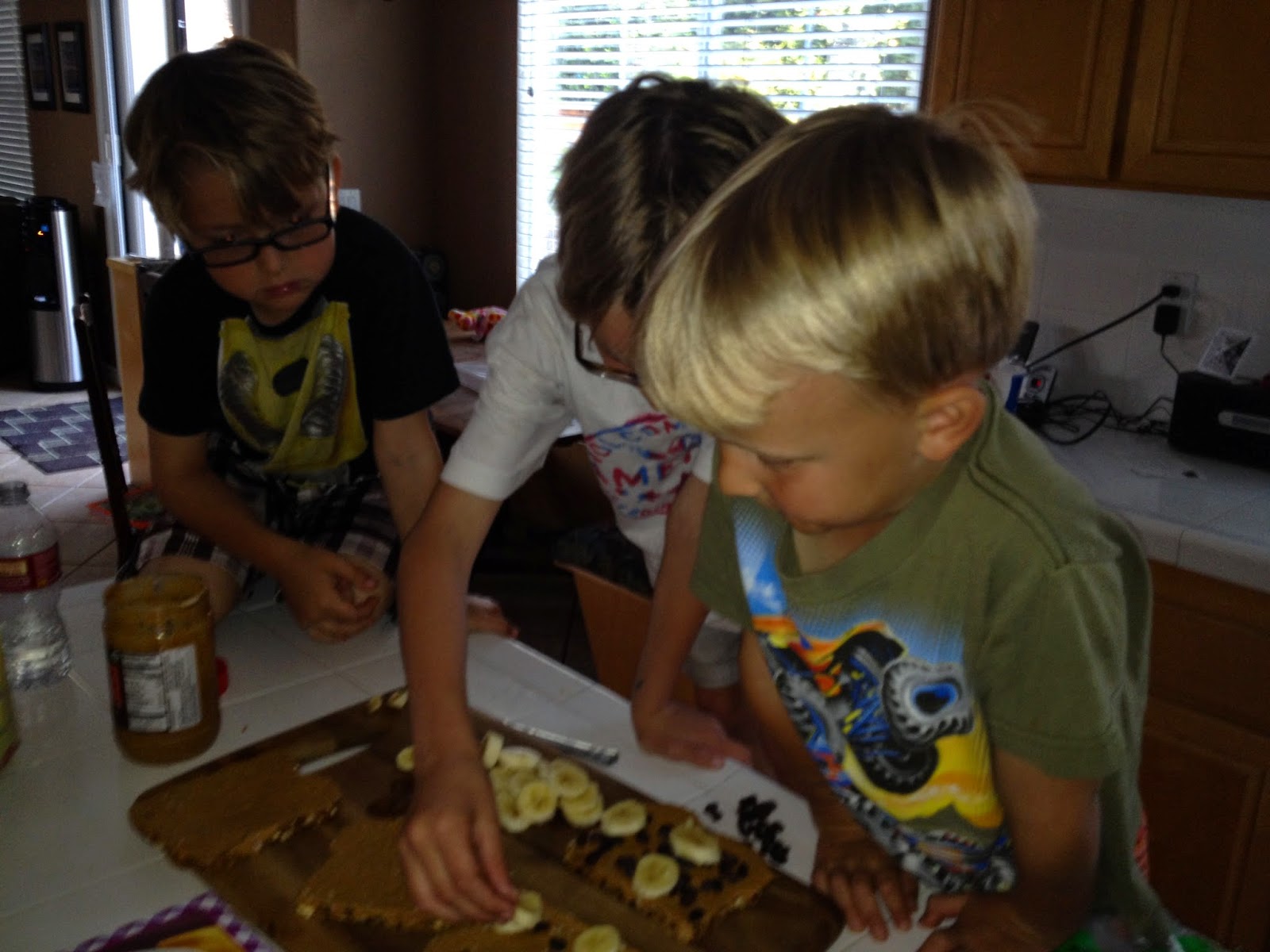 And a nice healthy after school snack was made by my children after following the directions in this kid friendly cook book. 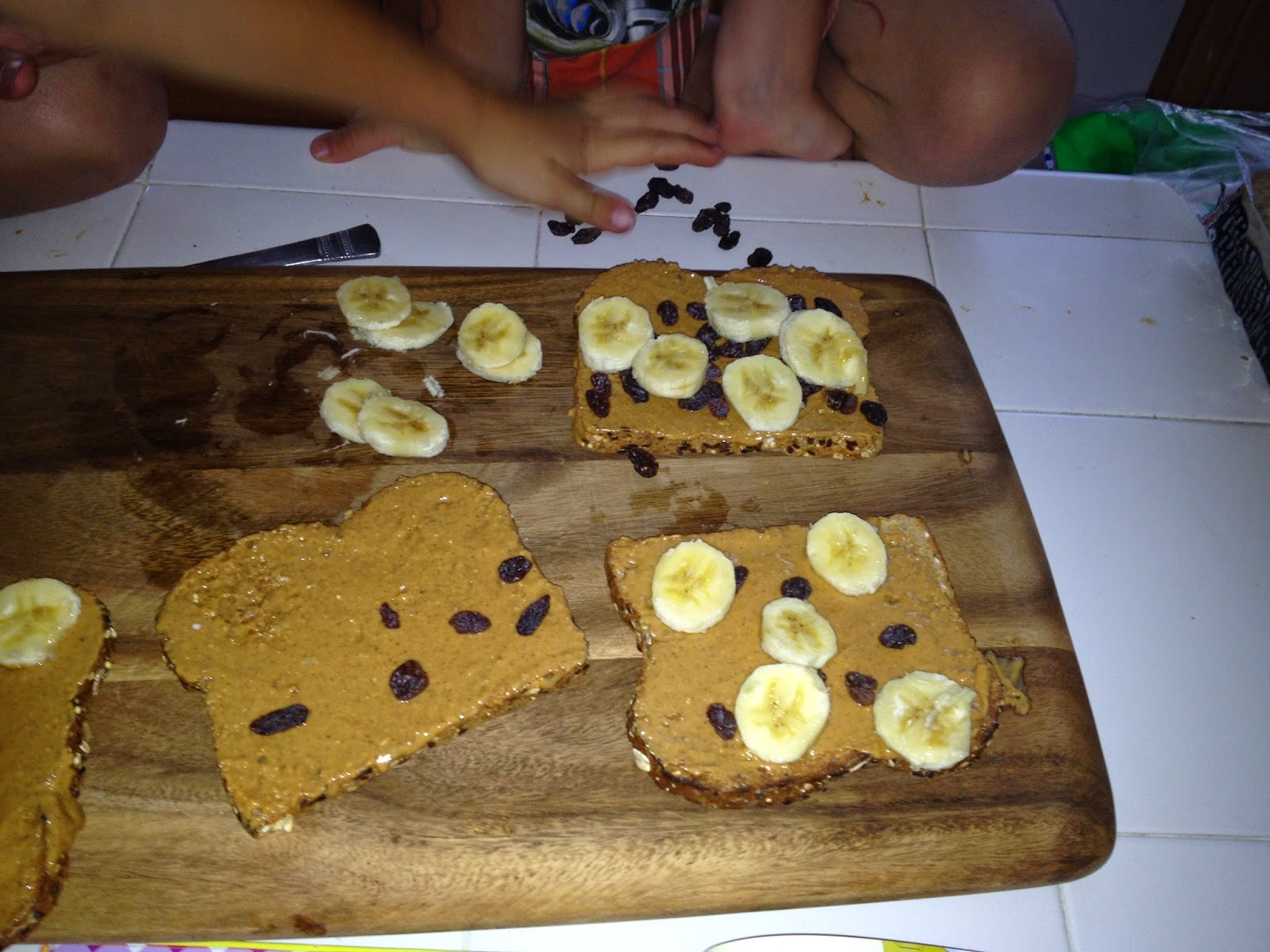 And then they ate while doing their homework! 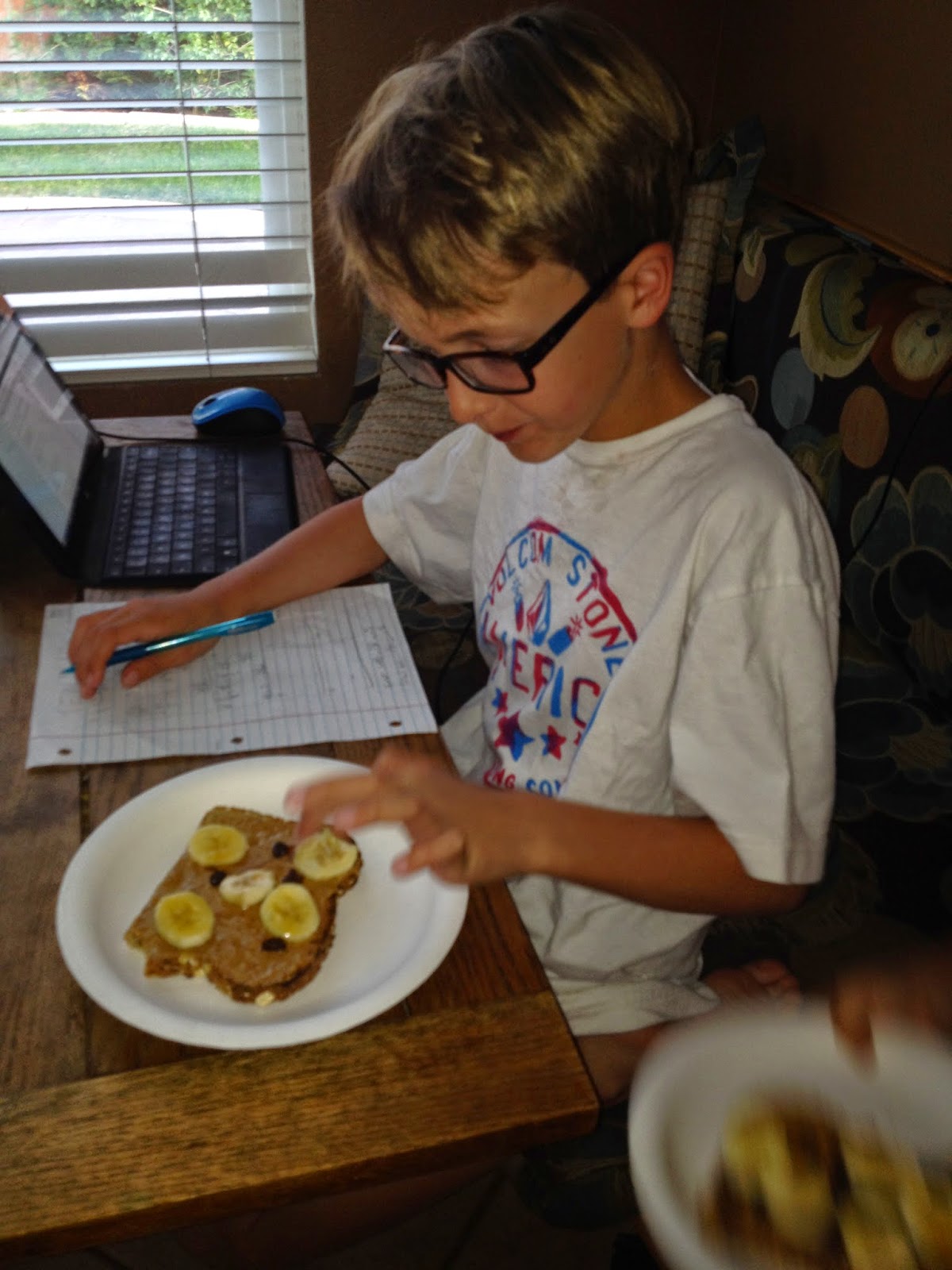 The Berenstein Bears’ Country Cookbook is very “cub friendly.” It offers 40 recipes for breakfast, lunch, dinner, and dessset. I was actually shocked that my cubs didn’t go right for the dessert!!It also includes a prayer before meals. Sying grace is an important part of meals with our family. One page told all about the sweet facts of honey, which we read as they used honey in their recipe. The last 2 pages of the cookbook list the kitchen measurements, which is perfect for me as I don’t always remember how many cups there are in a pint. (There are two by the way!!)
This book is available at Family Christian Store. right here.