There is a camp here (all over the US actually) called Camp Kesem, ours being through UCSD. It’s an overnight camp for children who have or have had a parent with cancer, whether living or not, to attend camp where they can be a kid and not have to think about cancer, so we sent Josh and Zach, Ben wasn’t old enough to attend this year as you have to be 6 and boy was he bummed.

We know a few families that send their children to this free camp and we decided to this year. I actually signed Josh up last year, but pulled him out at the last minute because I was worried that he may hear more about cancer and death than we have told him. This year we decided to send both Josh and Zach. This was the first time my children have been away for such a long time. Six nights and 7 days!! 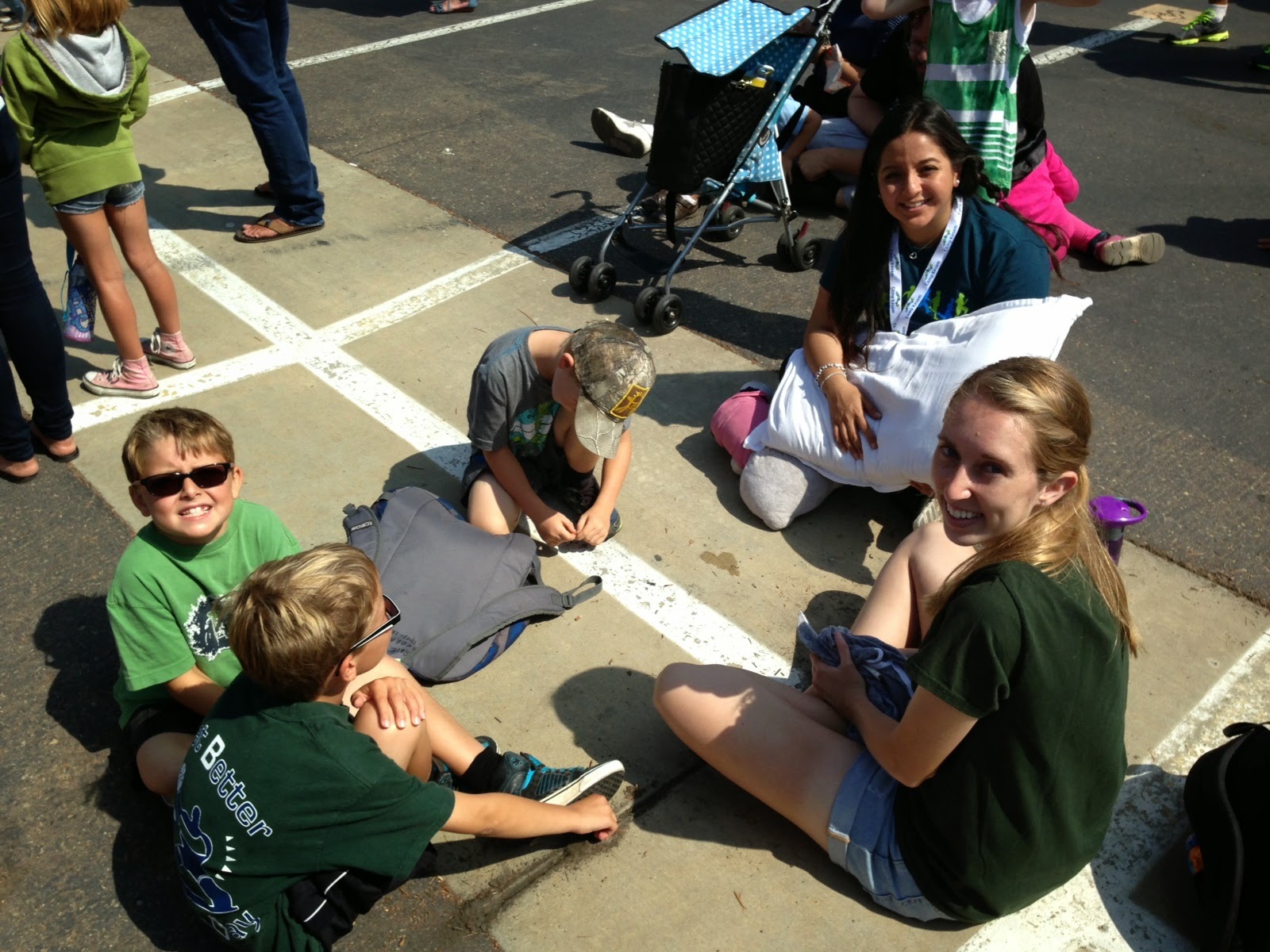 My boys playing with other kids and the counselors, while waiting for the buses, before heading off to camp on Sunday﻿ 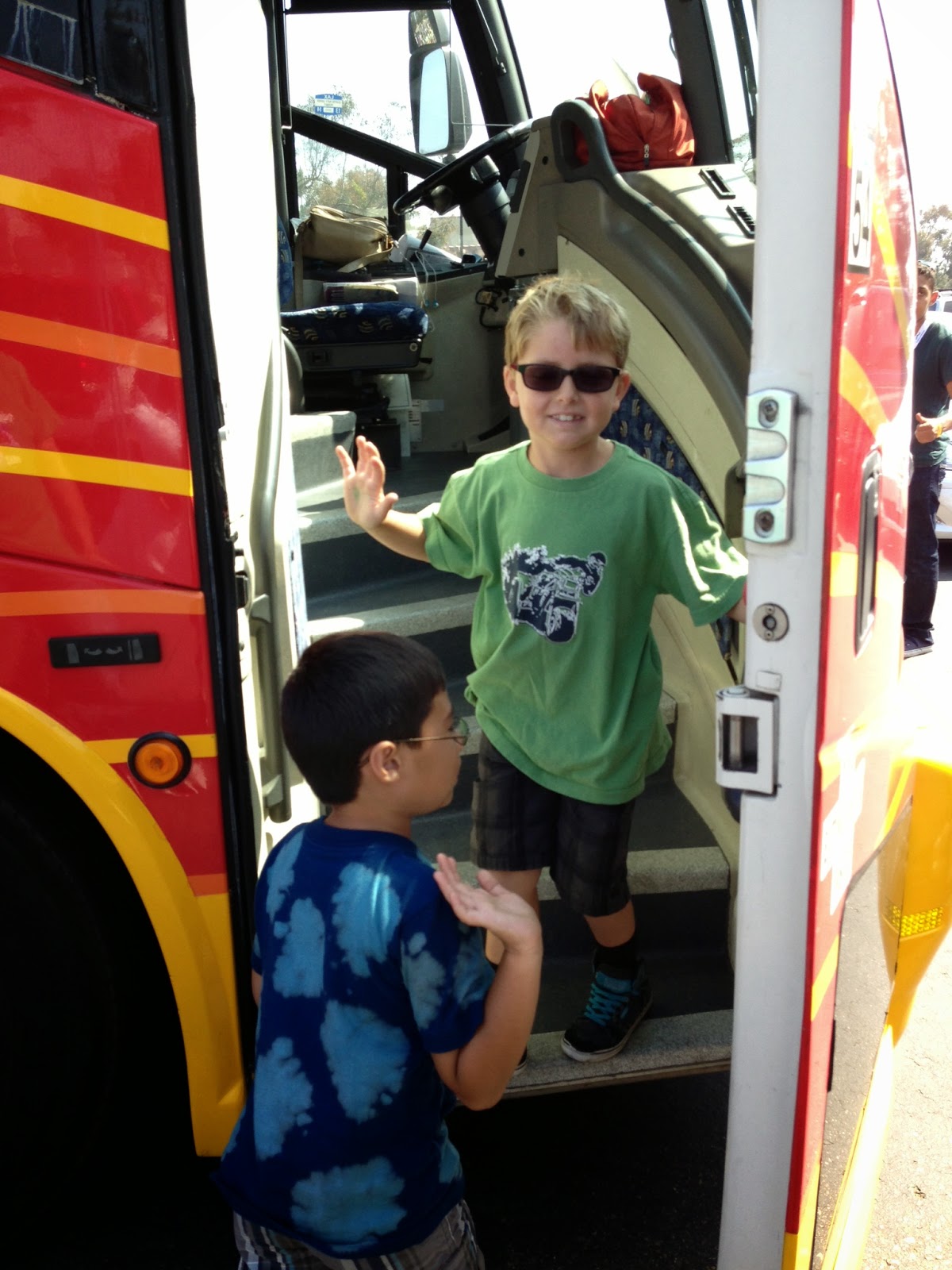 My cutie pie Zach, heading off to camp
﻿ 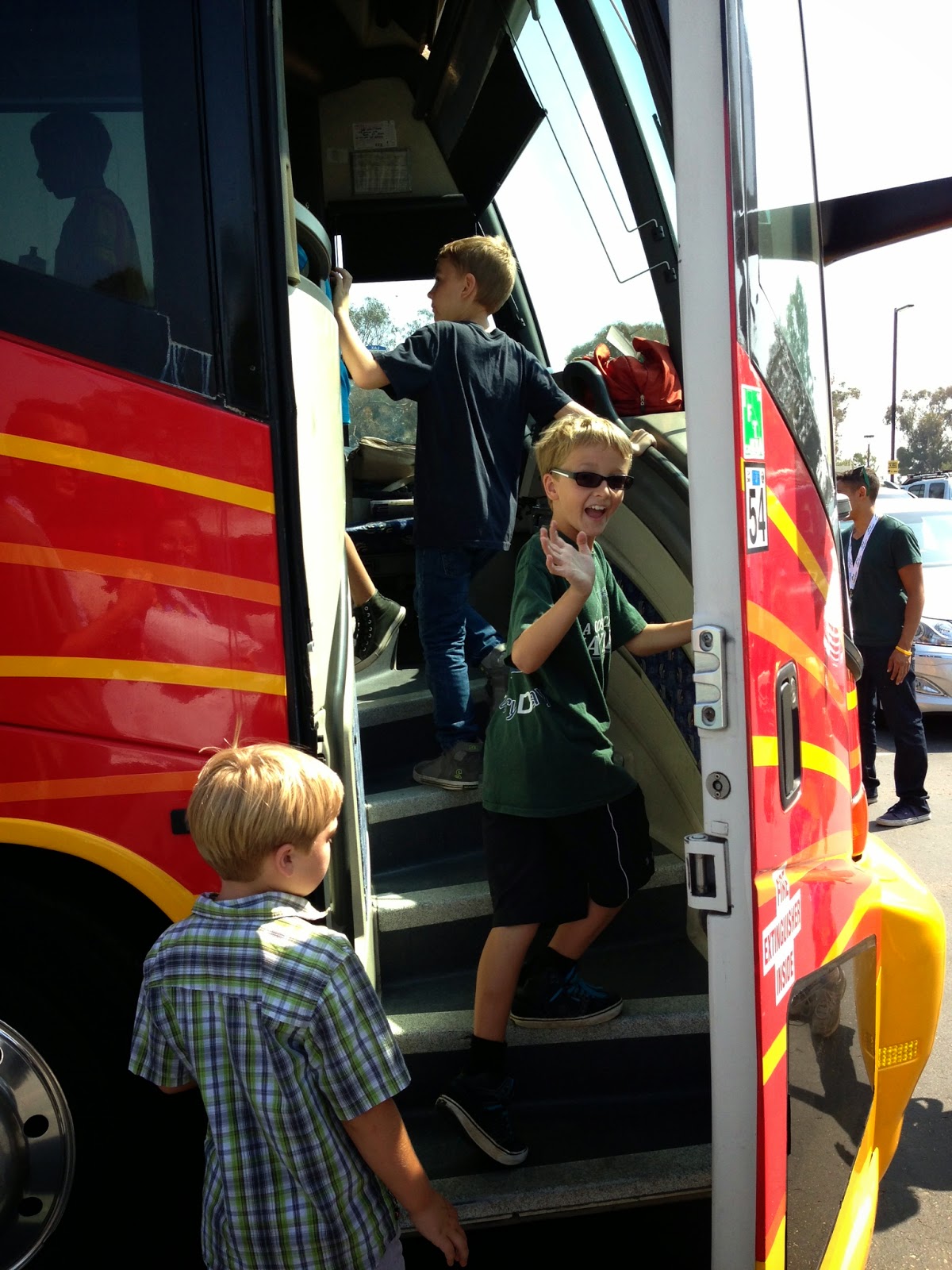 Josh looks a little too excited to head off to camp, so I really had no worries about him.
﻿

I wasn’t worried about Josh, but worried all week about Zach. I wondered who was putting him to bed. For both boys I worried they were covering themselves in sunblock or if they had a sunburn, how they would do as vegetarians with meals, if they would be in the same cabin as I knew they would be in different age groups.

The week seemed to drag on, luckily it fell on my chemo week, so I didn’t have to feel too guilty about not giving them a great start to the summer, because they had the best start at camp!!

The following Sunday when they returned we realized how much fun they had and we were told many stories, bringing us back to the fun times we had at camp as kids. The funniest part was seeing their different personalities come out through their stories! 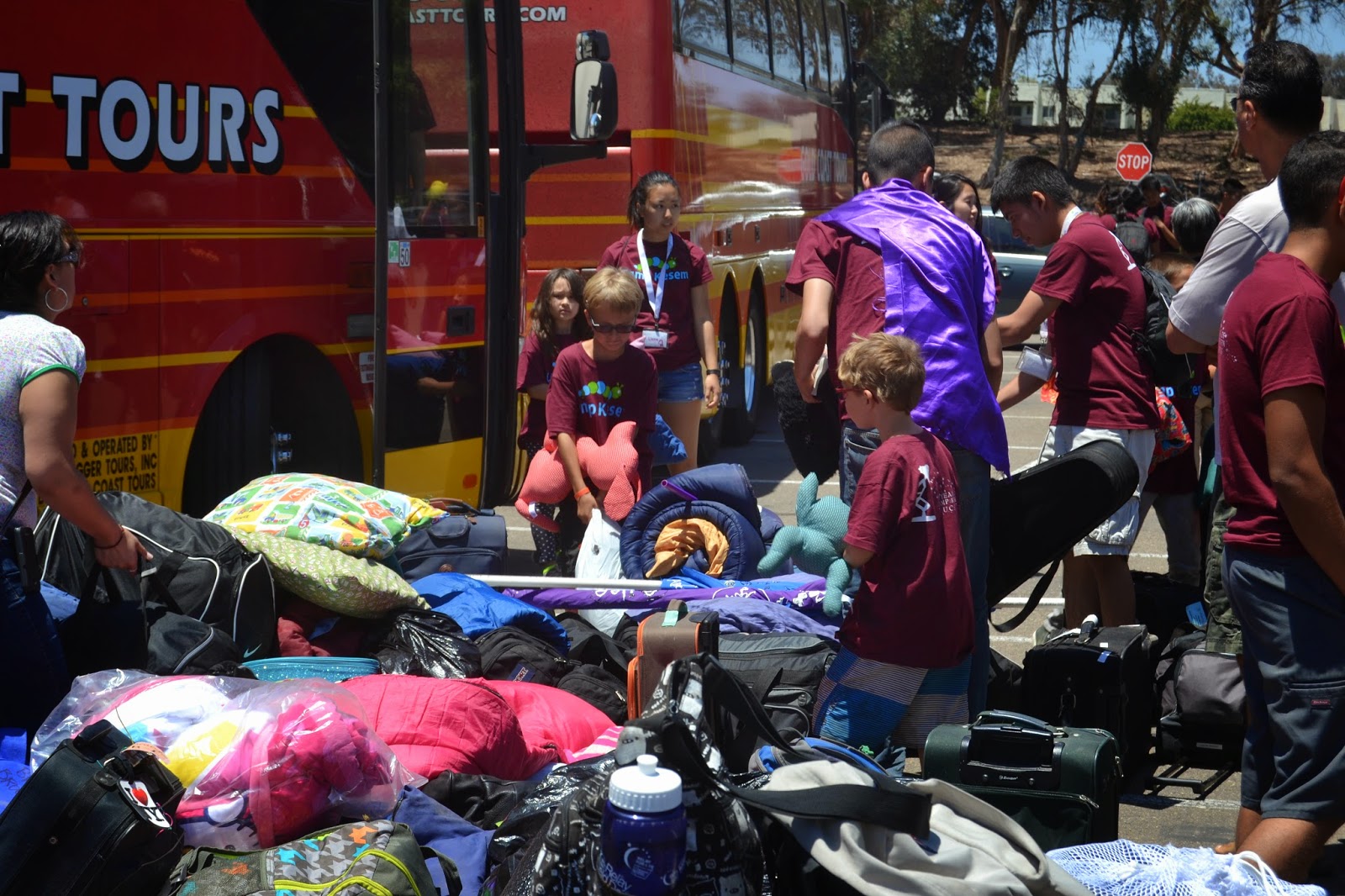 And the buses finally returned, I was so looking forward to seeing them as I had missed them so much during the week and just needed to hear them say that they had a great time!!
And they did!! 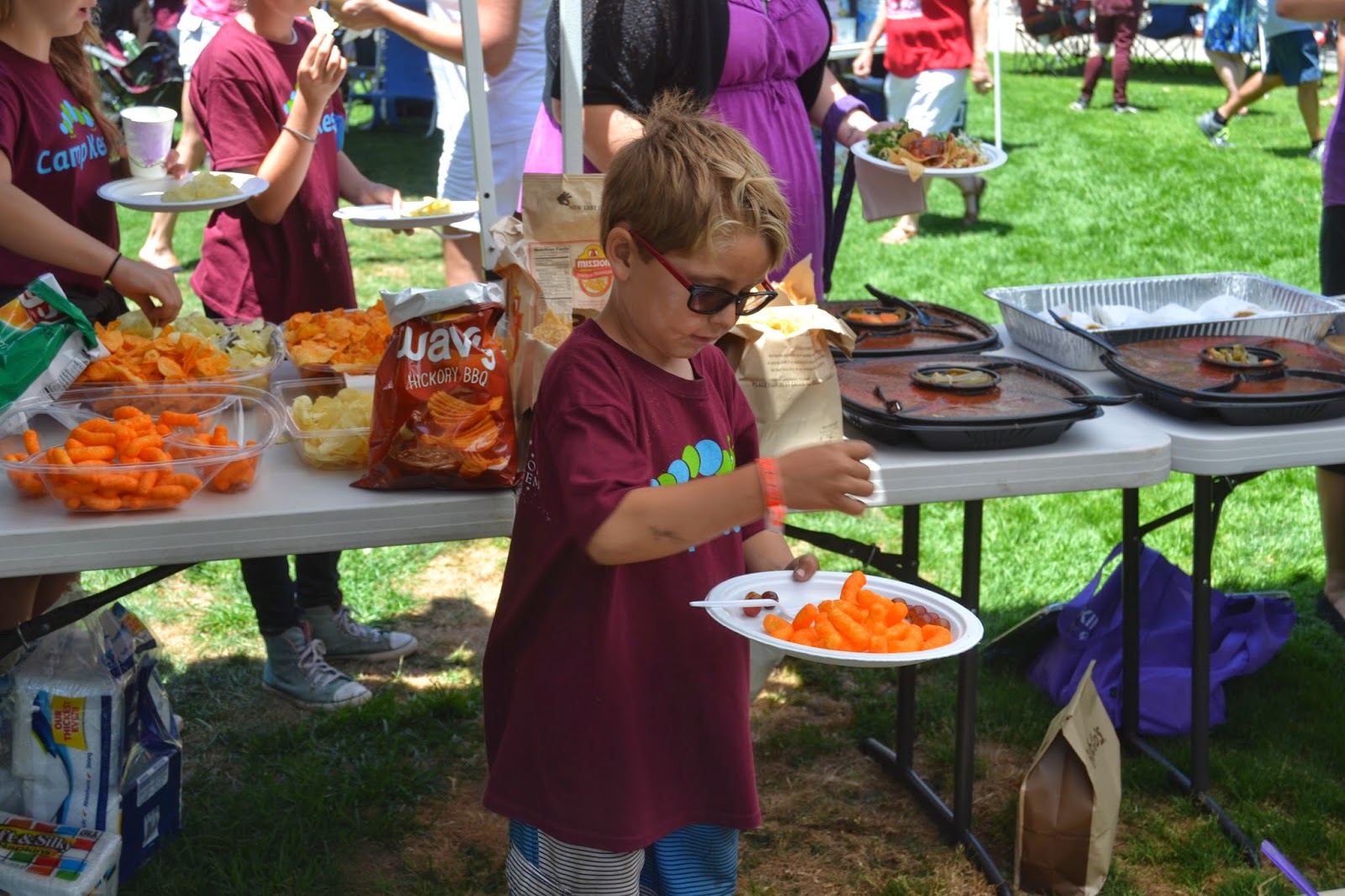 There was a potluck at UCSD when the campers returned. You can see that they didn’t eat the healthiest at the potluck. hopefully they ate better at camp, but I guess that’s the joy of summer camp! 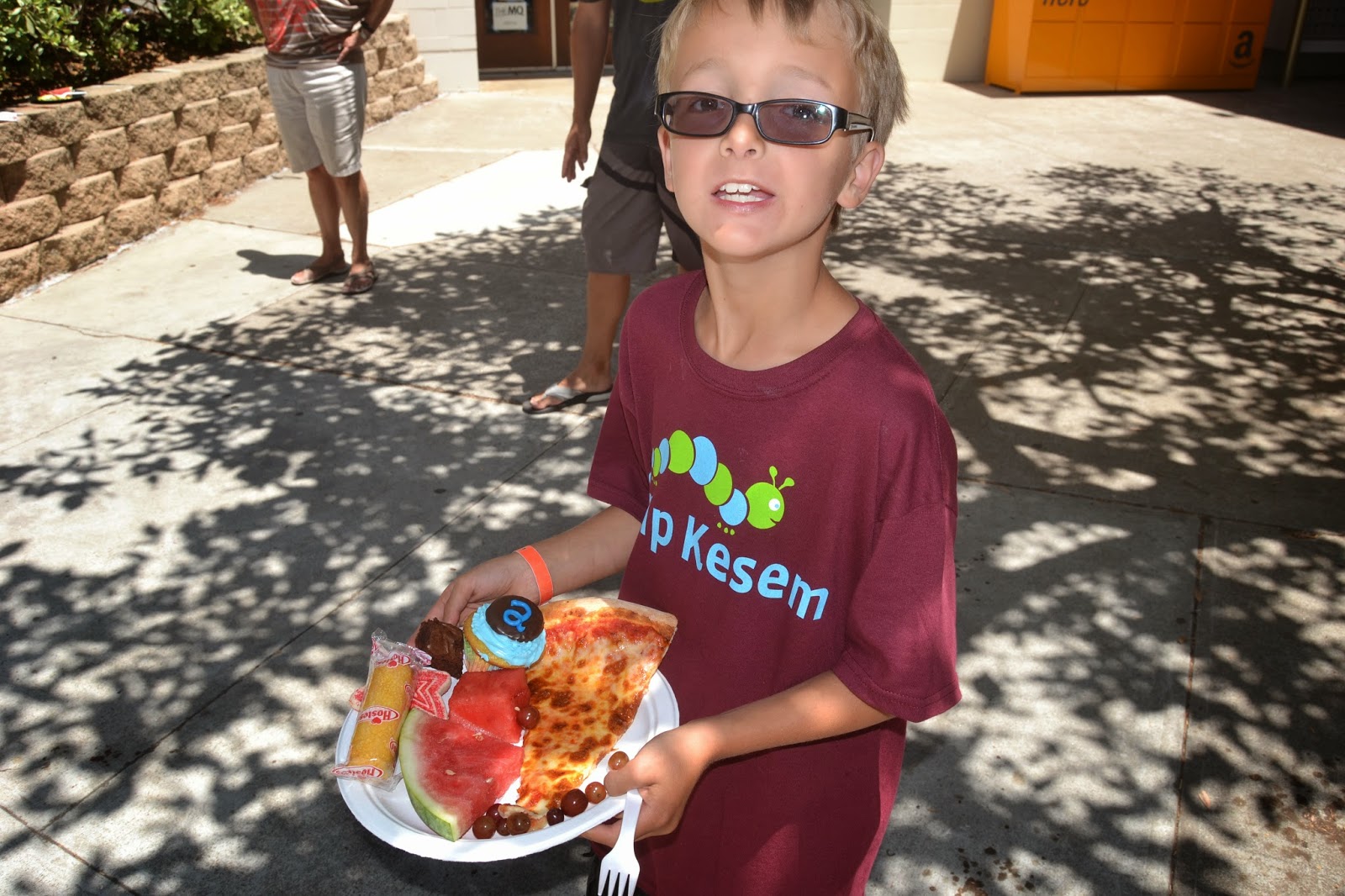 Josh must have been hungry and starved from only having camp food for a week!! His first words to me were “I want to do this every year and when I’m too old, I want to be a counselor!” Proud mama moment!! 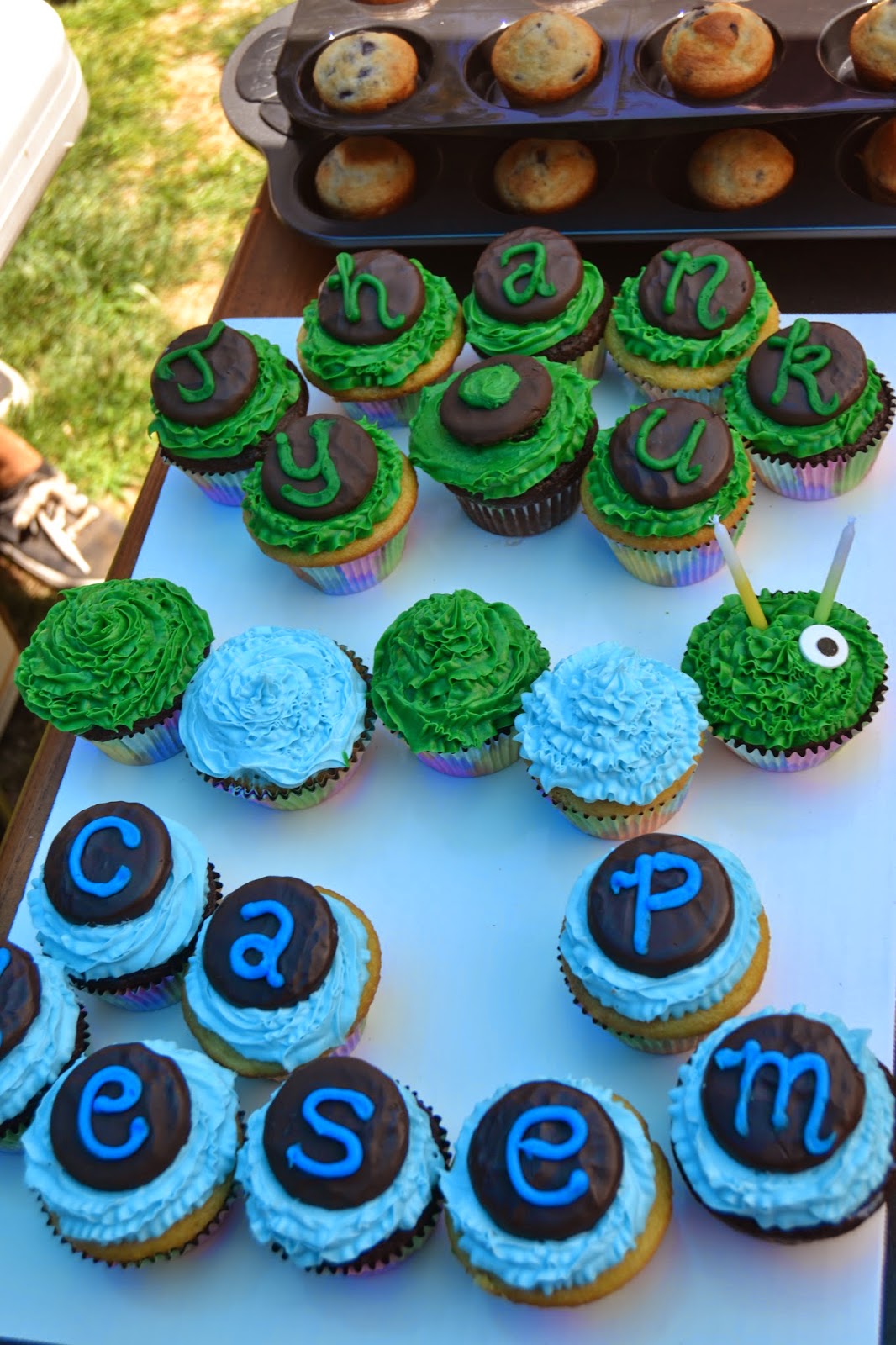 Lots of fun foods that we almost never feed my boys!! 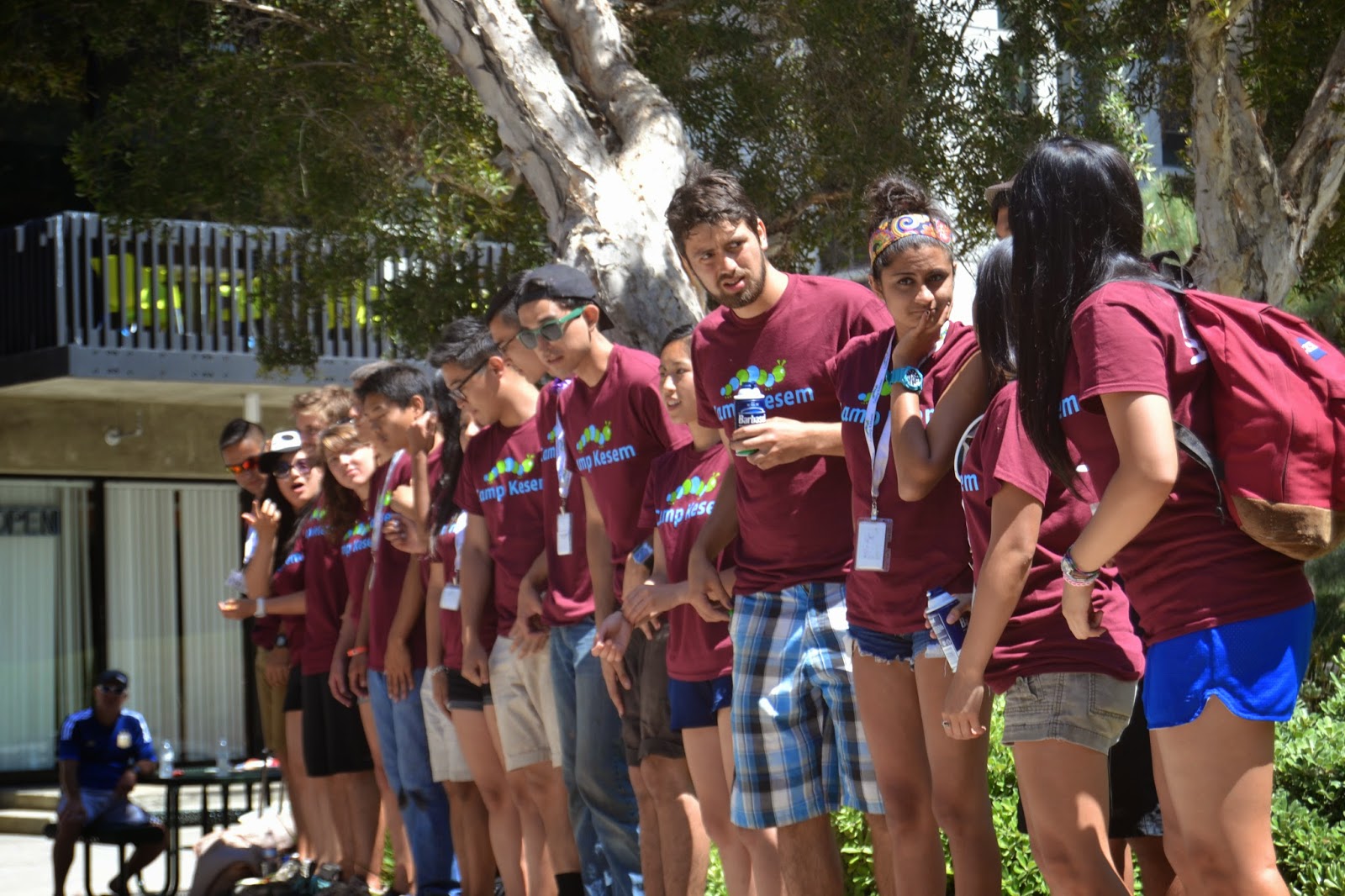 Although camp was over, the counselors continued playing games that my boys loved! 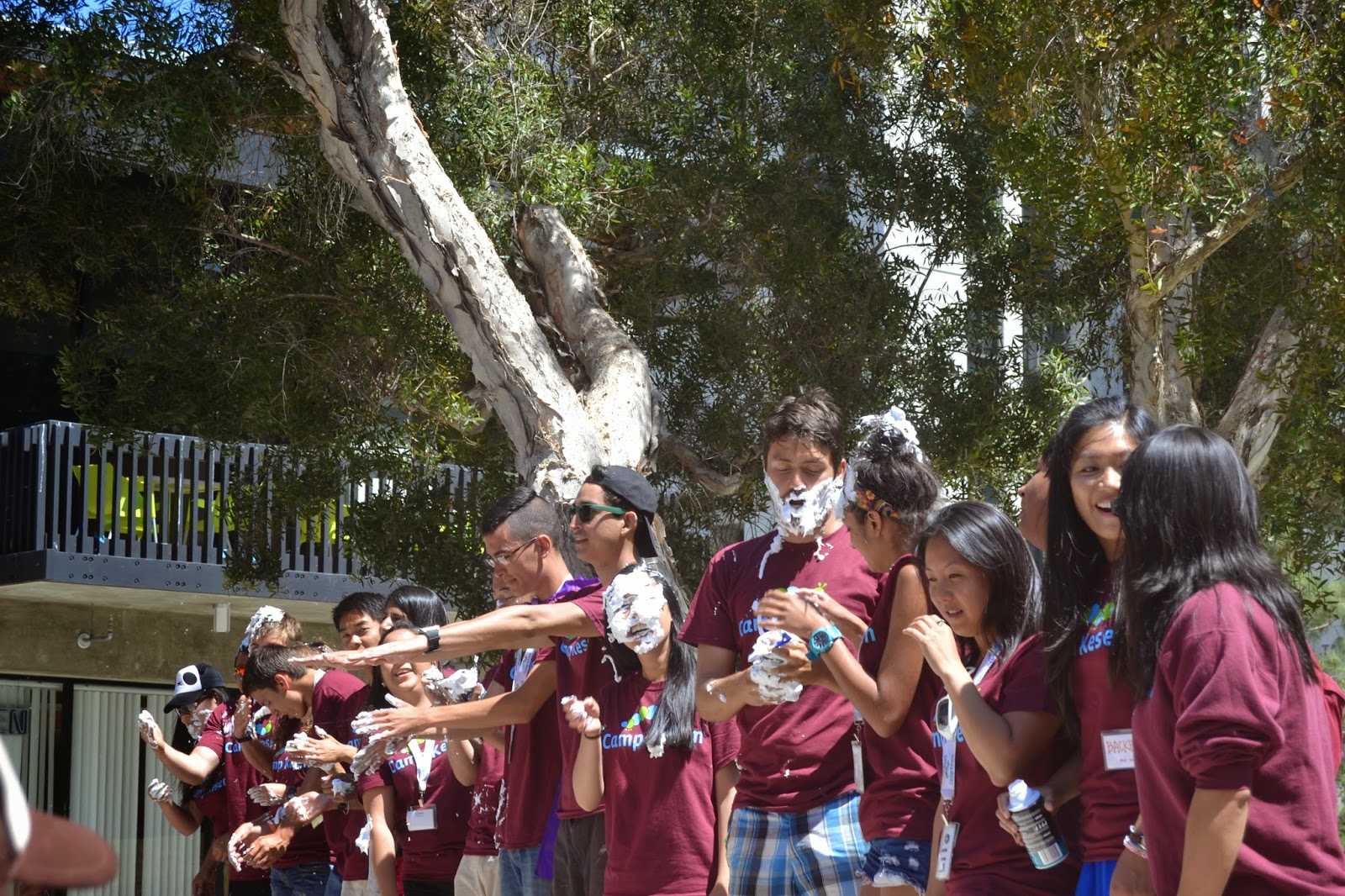 In this game they sprayed shaving cream on each other! 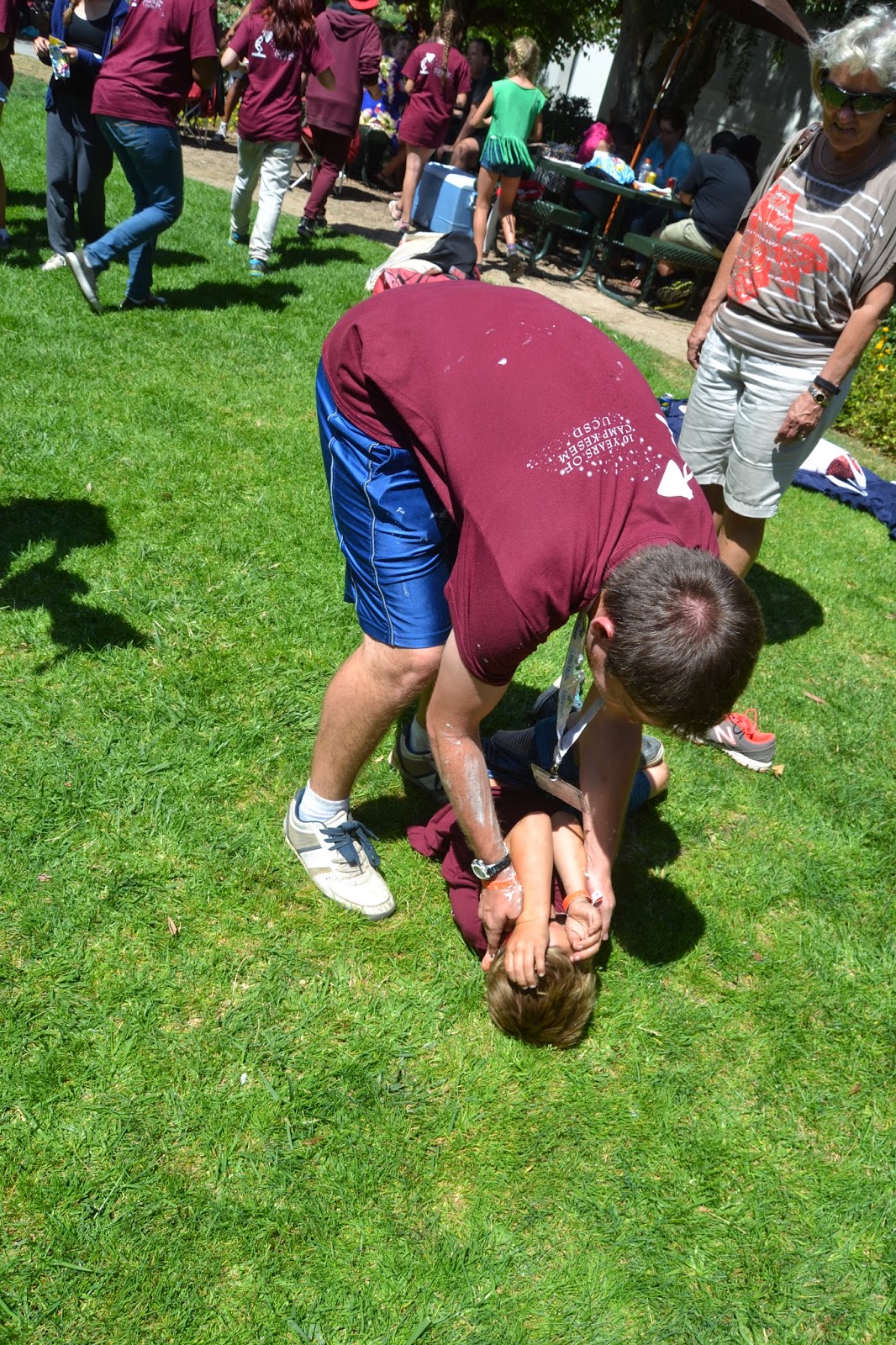 And then my boys said their goodbyes!! 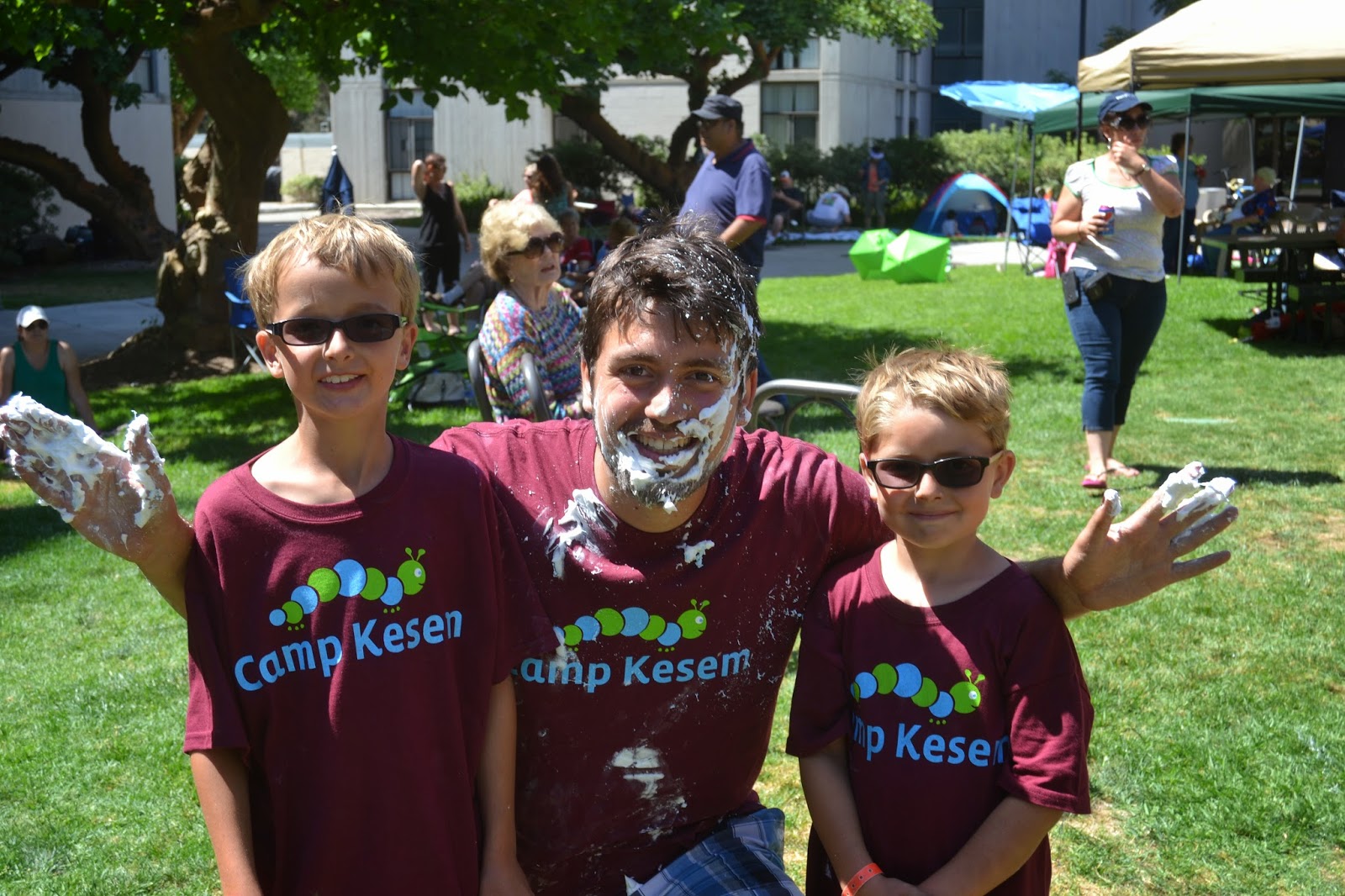 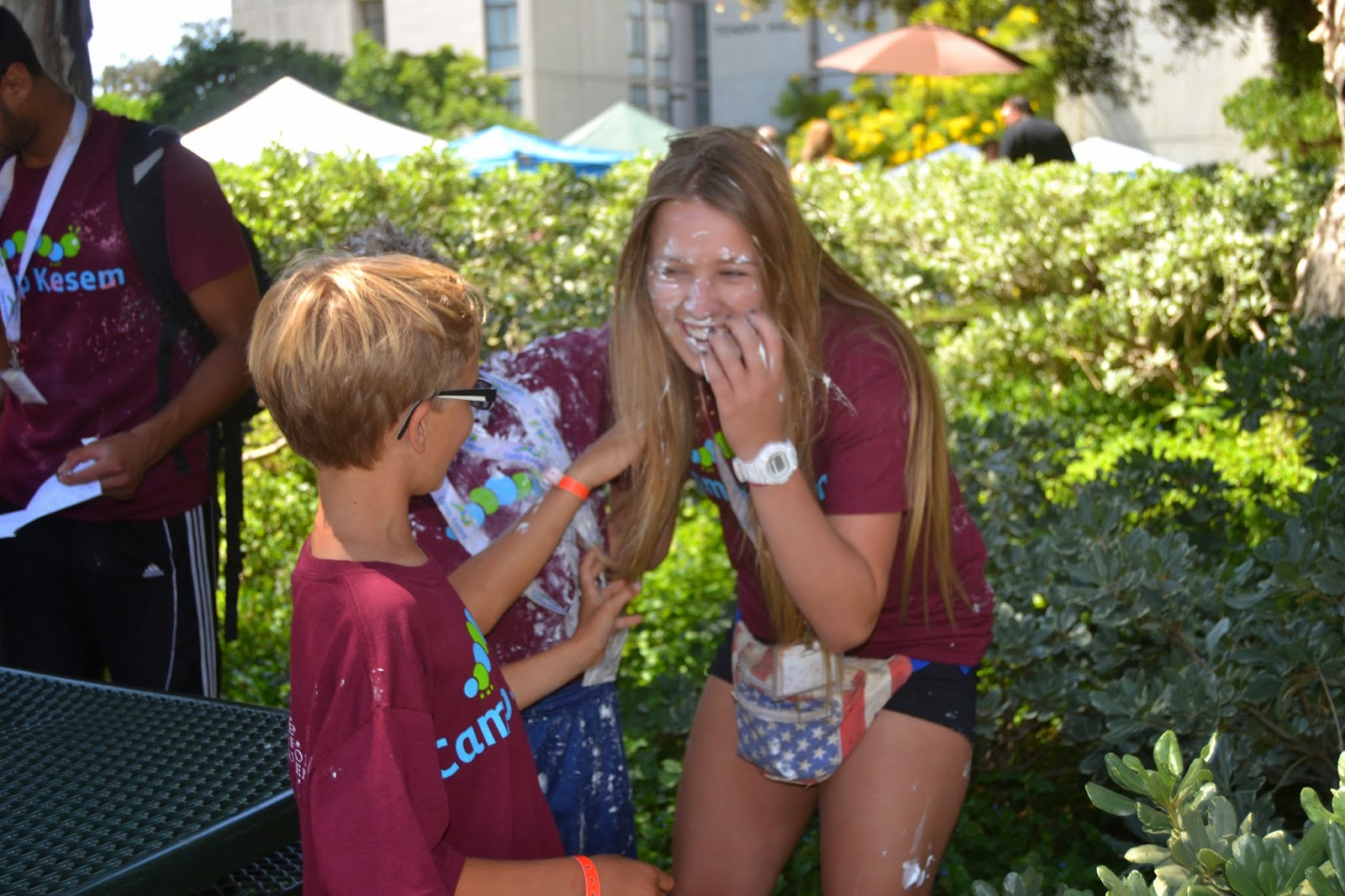 One last goodbye for Josh, he chased her all over, maybe a little crush (hey, she’s cute) or maybe because she looks a little like his sister. 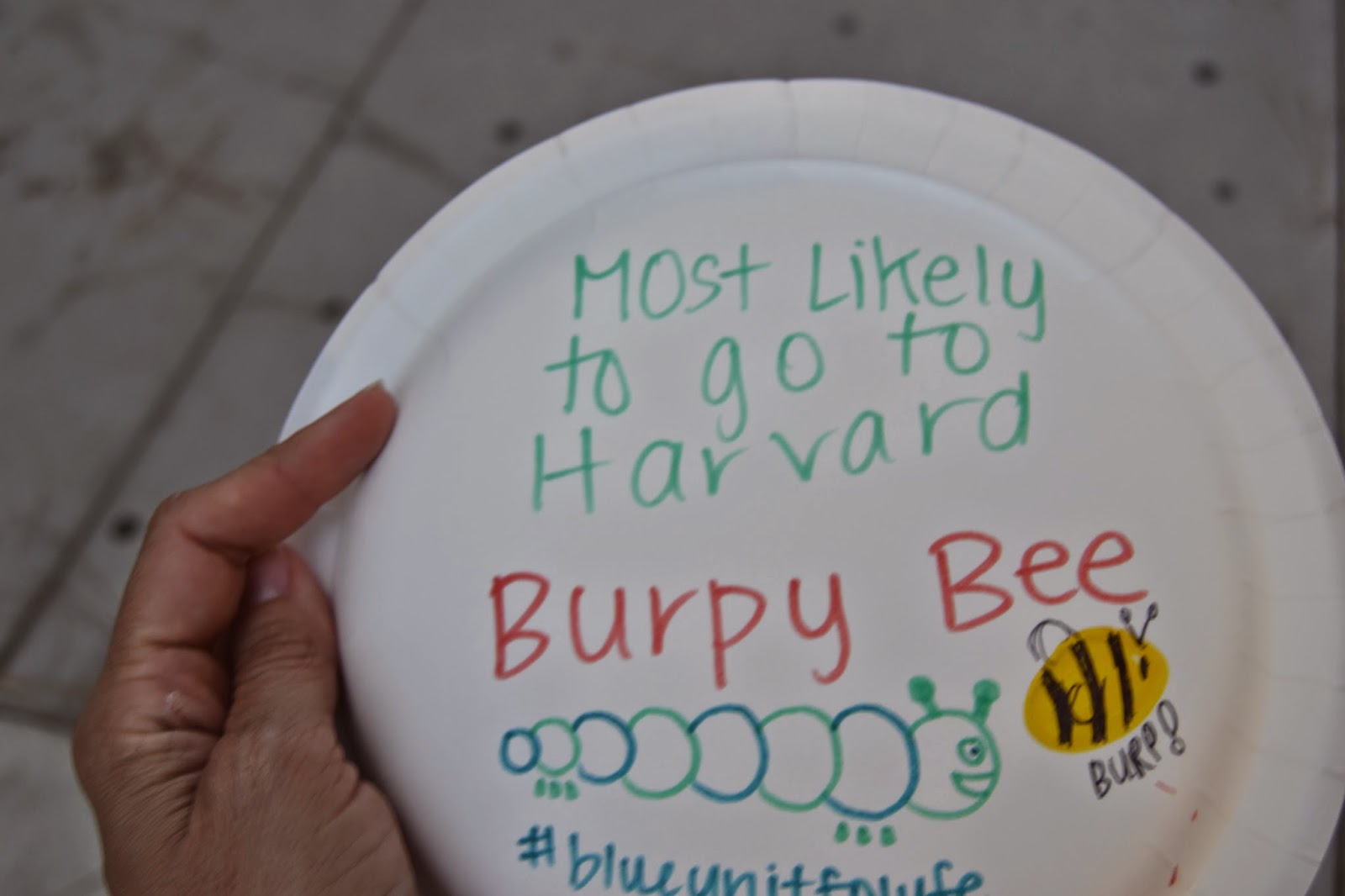 In the end Josh was given an award for being “Most Likely to go to Harvard” and Zach came home super excited to tell us about a boy with 3 nipples!! Both boys true to form. Everyone at camp had nicknames, even the counselors…Josh was Burpy Bee and Zach was Mr. Bee. Josh is thinking of good names for all 3 of them for next year and they all can’t wait!!