On June 18th, I had an early MRI up at Cedar Sinai Hospital. Sean was back in town so he was able to drive me up there. Which is so nice, that area is way to confusing and there are specific parking lots you can park in or you’ll have to pay the full price and not get discounted parking.

The drive was very slow as there was a freeway closure, again thank God Sean was able to drive me!! Once there we had to wait…everything with the hospital and doctors appointments is a “hurry up to wait!” I had my MRI, and for the first time since I have stopped wearing the scarfs and sports bands around my head, my hair has grown out enough that I no longer need them, I was wearing bobby pins. Now MRIs are magnetic, so wearing bobby pins just in the room was a big no-no. And now I know why. When I went to lay down I had a pull on the top of my head, put my hand up there and realized it was because of my bobby pin. It was so difficult to take out because of the magnet. It was such a trip to me, lol! 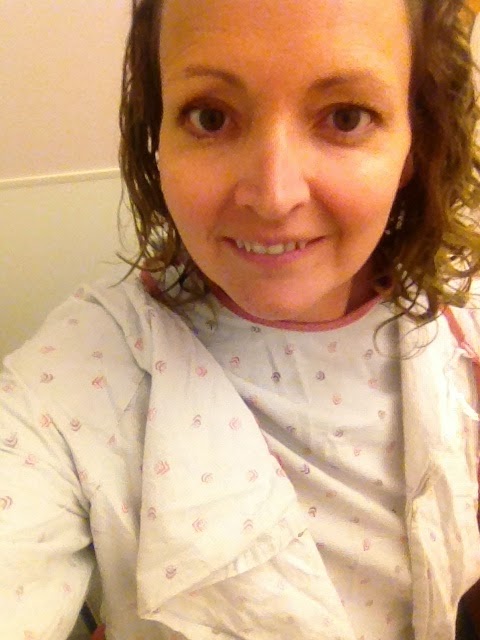 Here is my MRI hospital gown selfie!!
After my MRI, we headed up to see Dr. Rudnick. We met in the viewing room after doing all of my vitals and he had great news!! He showed us how the images are not changing, which means the white stuff showing up on my MRI is scar tissue. He even said that I could stop the chemo, since I did so well on 6 months of it. He said we could just do radiation or surgery when it grows back (remember this type of cancer continues to grow). But knowing that I refuse to do radiation and asking if those images were of his wife’s brain what he would have her do, he told me to continue for 6 more months, especially since I’m doing so well on the Chemo. My blood counts are staying strong and he said he hit the “sweet spot” in my dose where my body is able to make a come back and that I’ll do fine for 6 more months. Kind of a bummer that I have to continue, but also exciting that I am doing so well he did consider taking me off of it!!
﻿ 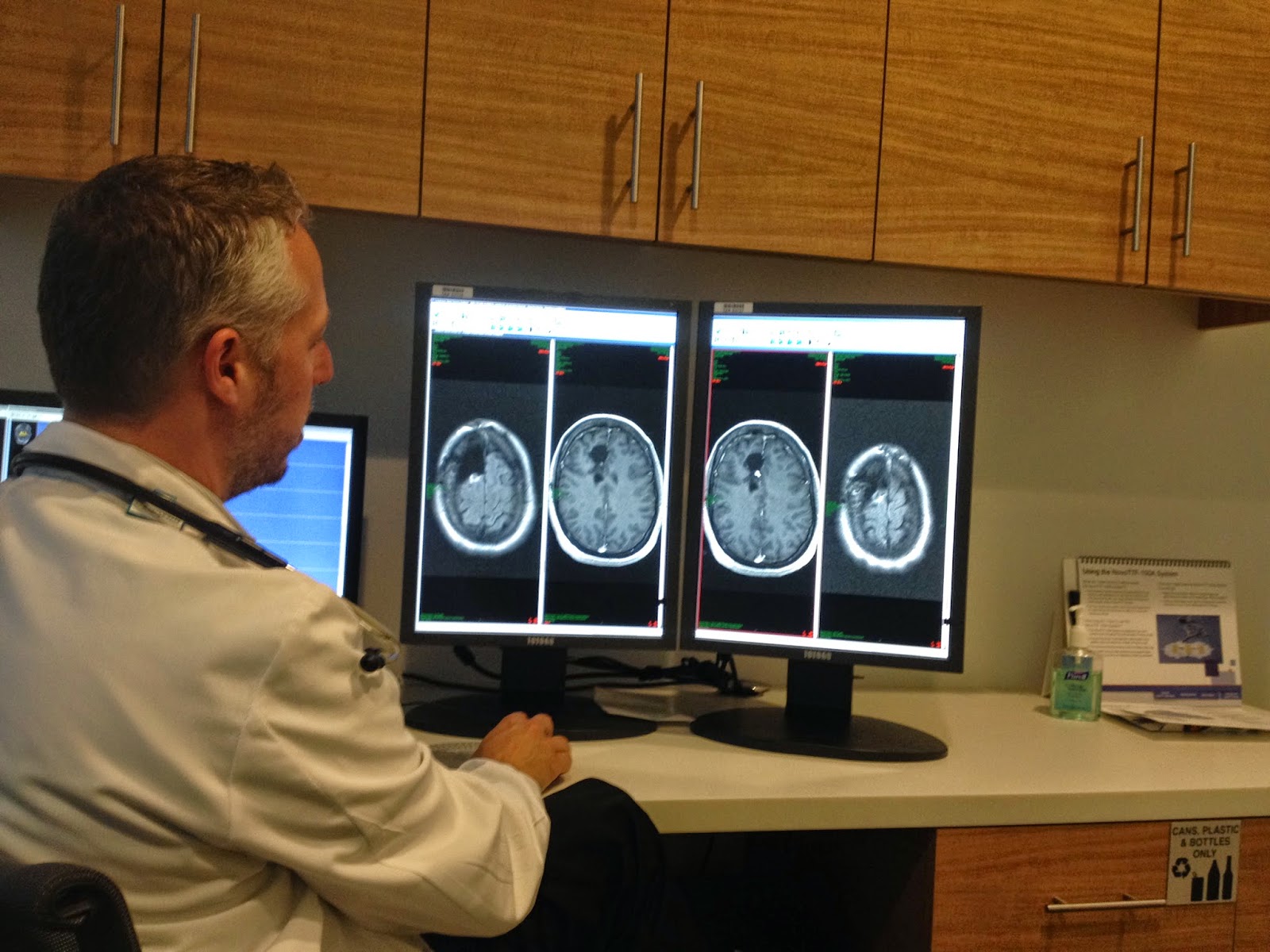 Dr. Rudnick looking at my MRI from several months of no change!
Because I’m a little crazy and think I can accomplish anything, I have decided to do 40 things out of my comfort zone (or just not my usual) before I turn 40, in a year. I was asked a while back to play in a charity kickball game and I said yes, it happened to fall on my chemo weekend and with my doctors permission I was allowed to play!! It was so much fun and I can’t wait until next year, especially since I won’t be on chemo, know what to expect, and can really kick some butt!!
During the first game a man on the other team hit me in the stomach with the ball, I thought I was going to die, so I laid down for a bit after the game. Then played 2 more games, went home and took a very long and much needed nap!! 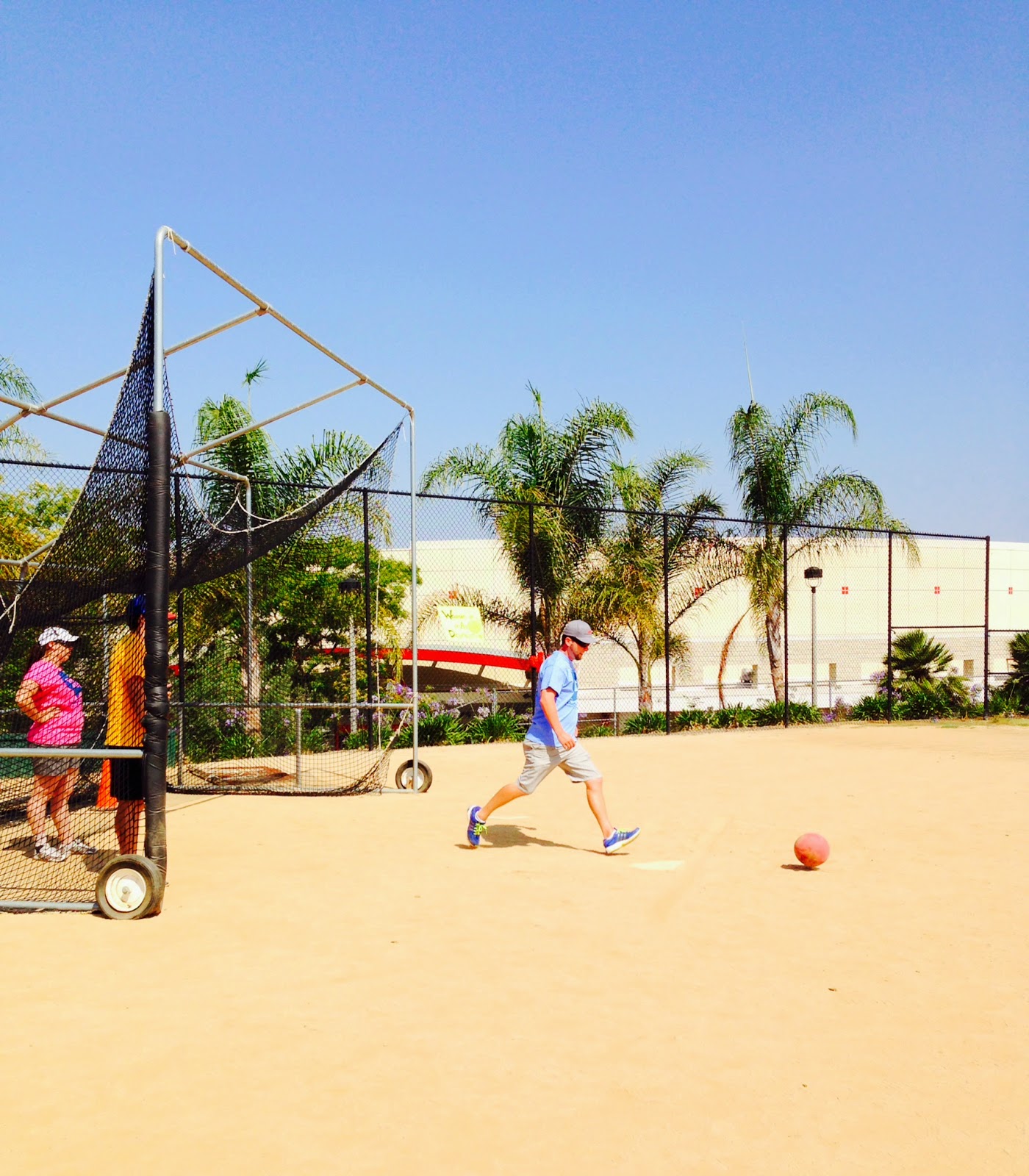 Sean kicking the ball, I don’t have any of me kicking it, probably because I’m not any good! 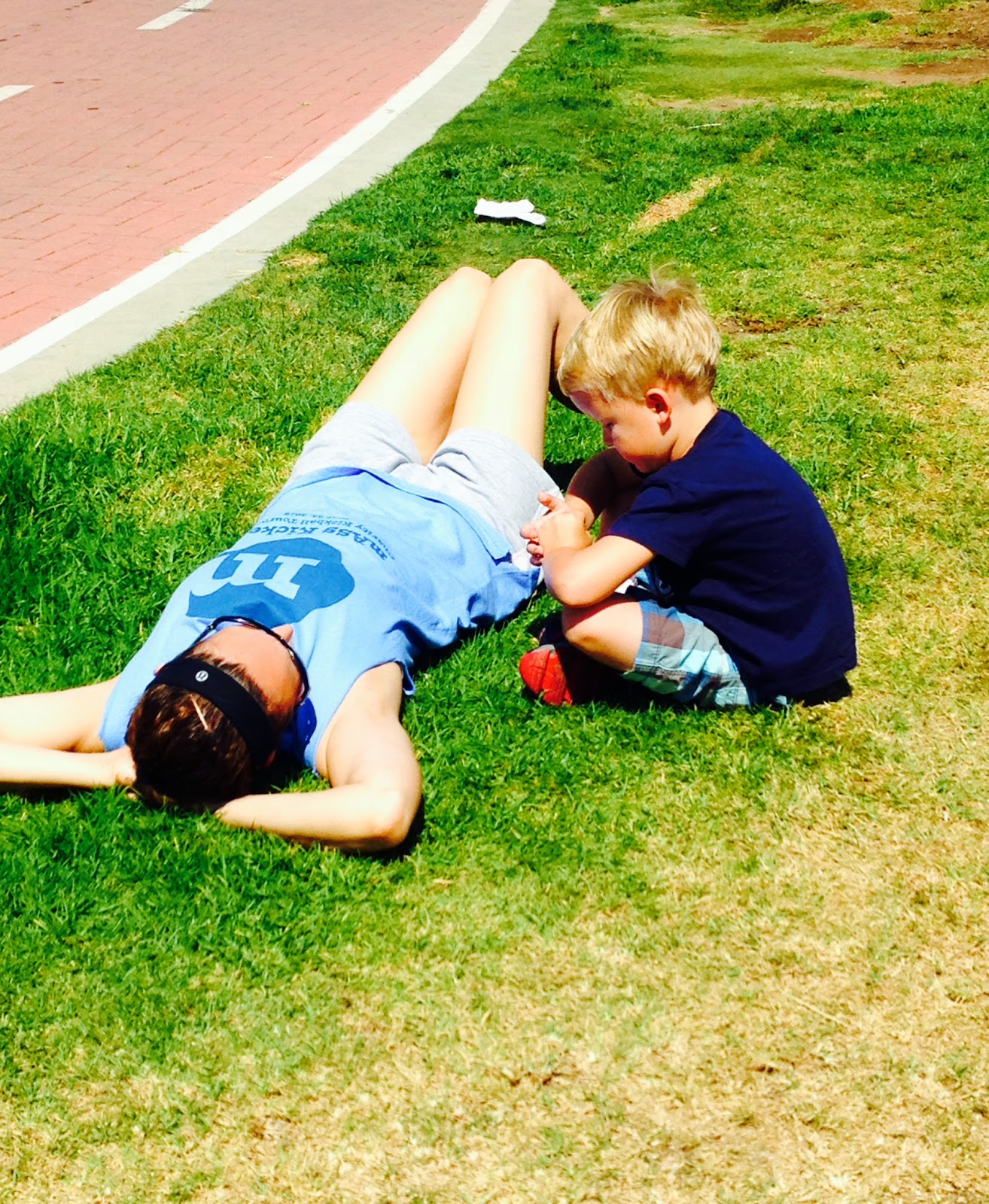 Resting in a grassy area after getting hit in the gut with the ball. It made me so mad that they guy hit me as I was running towards first base…most men know that all they have to do is touch the base and the runner is out. He didn’t need to touch the base and hit me in the stomach, I should have puked on him, lol!
Anyways, it was a great time and I’m so happy that I got the chance to play kickball again, probably haven’t played since elementary school!!
So very happy that my 7th round of chemo is done and that I checked the first thing off of my 40 before 40 list!!﻿
﻿