Last Wednesday, January 8th I had an MRI and met with my oncologist. It also happened to be my youngest son’s birthday and he was going up to Cedar Sinai with my husband and I. I felt bad leaving him for the day with a babysitter or at a friends house as it was his birthday…so I dragged him to the boring hospital to sit around and wait with us all day!!

Before we went up, we allowed Ben to open one present. I actually allowed him to open the one because his brothers went with me to purchase it and each ended up getting one of their own, so I had to have him open it as each day I was facing numerous requests for his brothers to open and play with theirs. Knowing that as soon as Ben opened his, Josh and Zach would be able to open and play with theirs, so this was the case and he opened it and then left for the hospital! 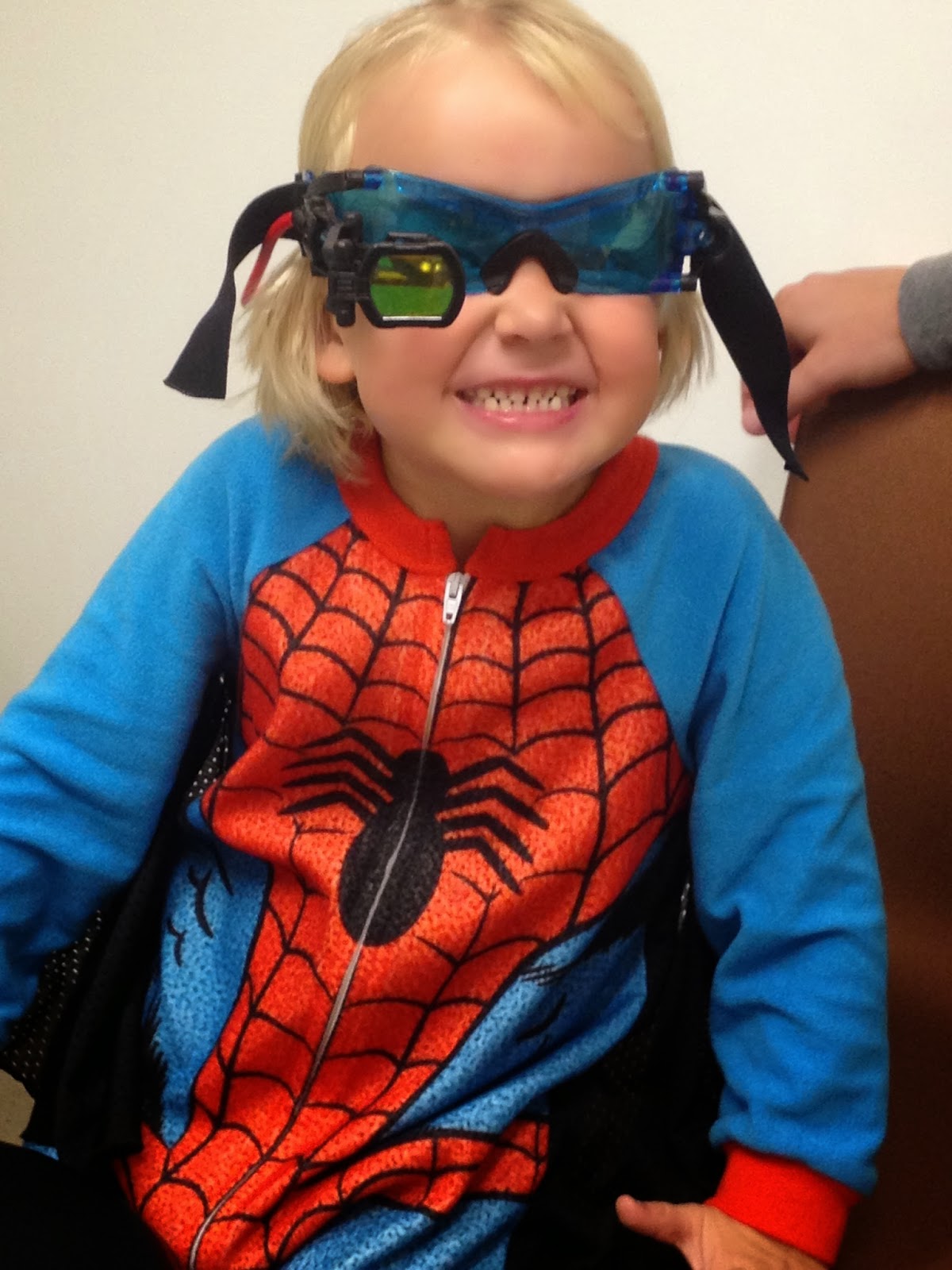 One of my best girlfriends from high school lives and works up near the hospital, so we met for lunch. We had to find a place that would do a little birthday cake or ice cream for Ben, so that he got something fun before the boring hospital visit! She said there was a BJ’s near her and the hospital, so we met there and after lunch, Ben got a pazookie!! Now, if you don’t know what that is….you’re missing out! 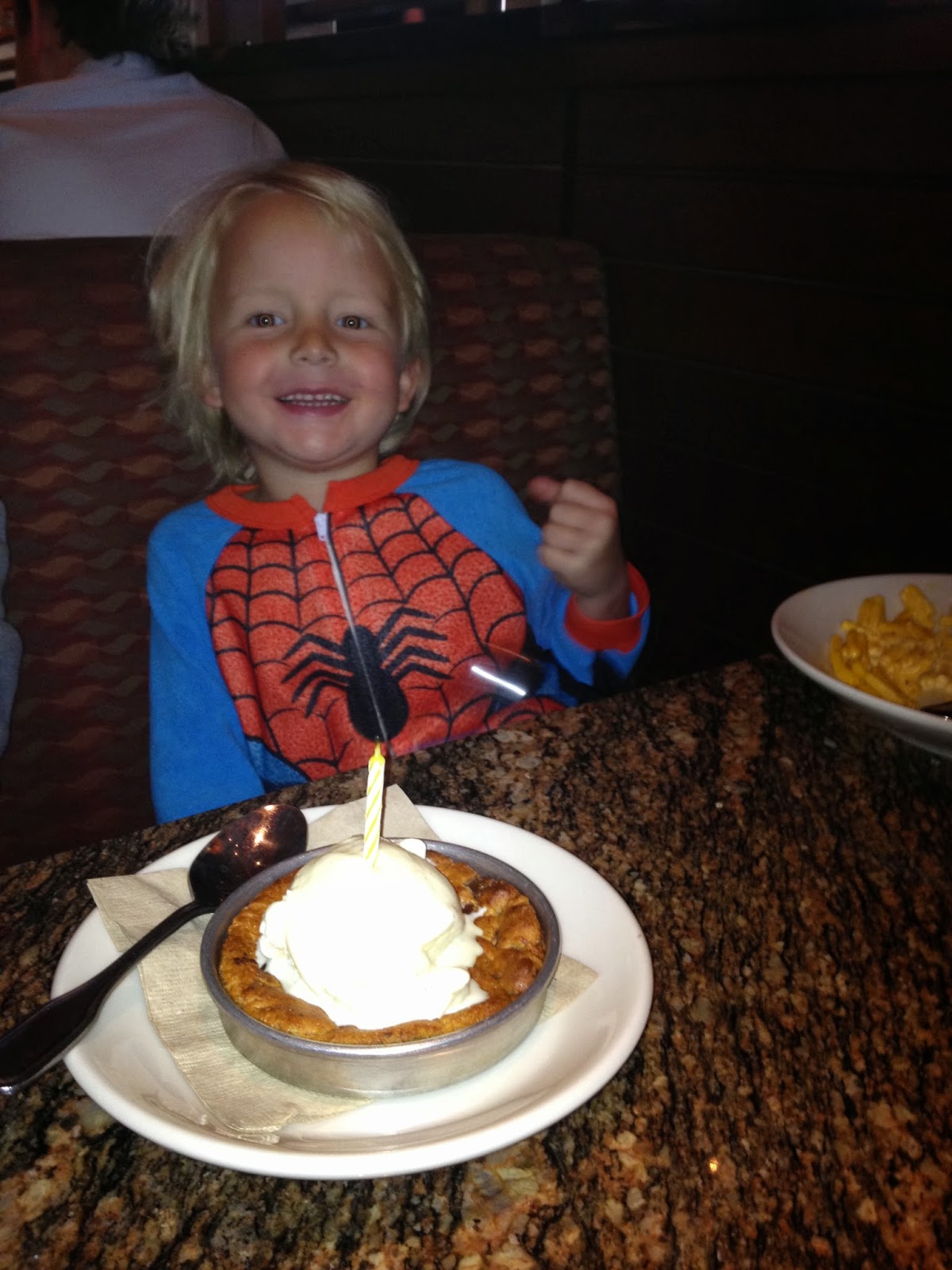 Excited for his birthday Pazookie

After lunch, which ran late, we rushed off to the hospital. I checked in at 12:40 for a 12:45 MRI…not a good thing as check in is supposed to be 30 minutes before. After checking in a nurse came to me to inform me that my order had not been submitted from the doctor, which the doctor’s office does electronically. I called the oncologist’s office and was informed that it had been turned in and she was not pleased with the MRI center, almost demanding to speak with someone, but I had called her from my cell and wasn’t going to go around to find someone for her to talk to!! Then we were informed that the doctor’s office had made a mistake and never electronically signed the order, so it had to be submitted again…extra long wait, but at this point it didn’t matter that I was late and the office manager from my oncologist’s office met us in the waiting room after my MRI and personally apologized and walked us up to the Oncologist’s office and made sure that we got in right away with the doctor and we did…it was nice to have a little royal treatment as we were personally waited on, walked to the office and given bottled water! 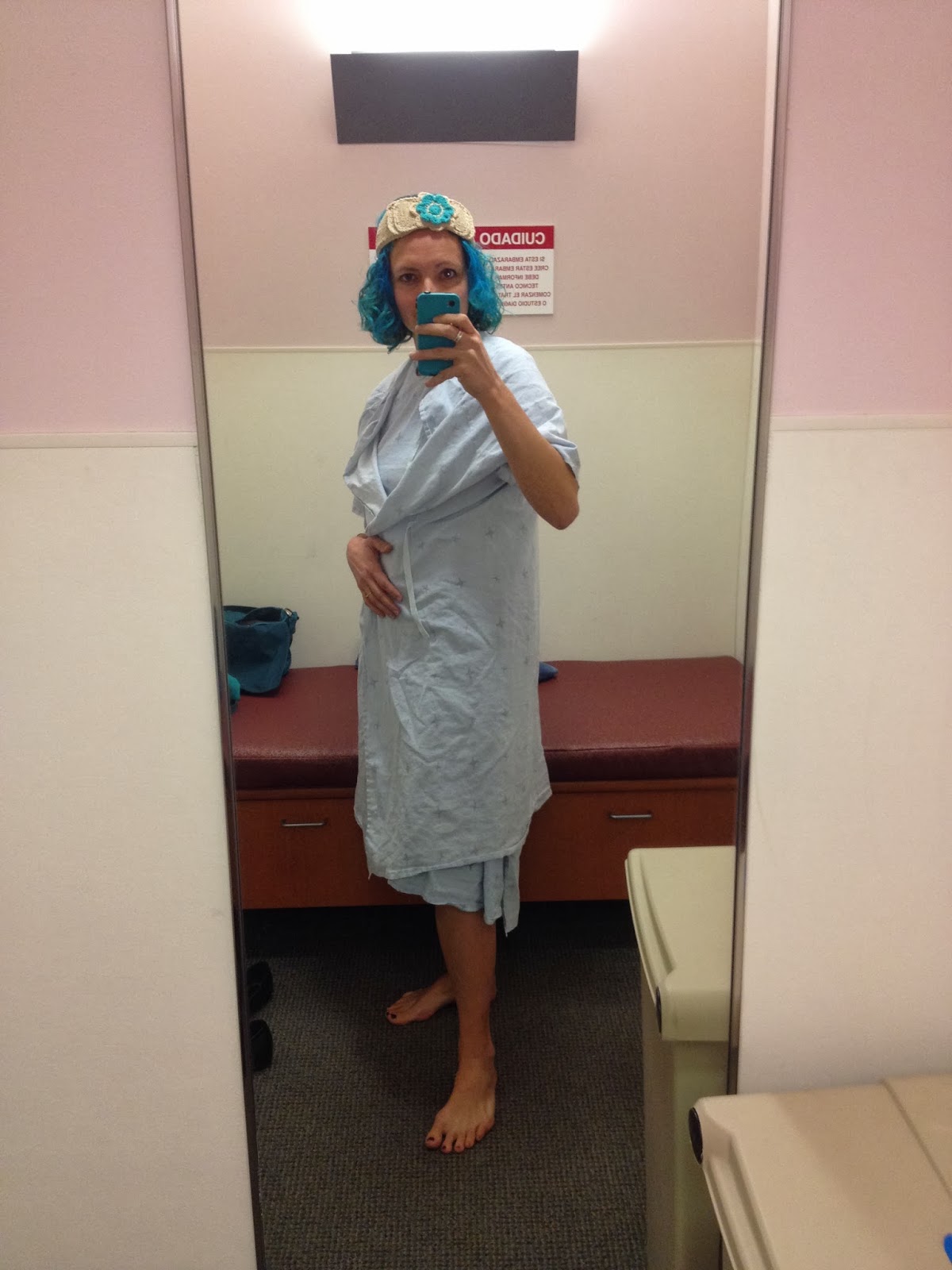 Ready for my MRI

One reason I like getting my MRIs done up at Cedar Sinai is that I see the oncologist right after my MRI and don’t have to wait on my results as that wait time causes so much anxiety.

As soon as the PA came in we were ushered into the viewing room to the doctor who was looking at my images. I’ve seen MRIs so many times now, but I still can’t read them…I just know that white is usually not good. And I did see a little white chunk, but Dr. Rudnick thinks it’s just scar tissue and if it is residual tumor, the Chemo I’m taking will shrink it, so if it stays the same it’s scar tissue and not problem…if it shrinks, it’s residual tumor and it’s good that it shrinks…so he sees no issues with it whatever it is. But I still home it’s just scar tissue as I don’t want any tumor left in my brain that is visible on the MRI. I know there will always be tumor in there, unfortunately.

So the results of my MRI were good and the doctor said it was healing nicely and that the swelling had gone down and that the cavity filled with air (and a reason for my husband to call me an “air head”) had filled in with brain fluid, so everything looked great!!

All of my blood work from the chemo came back good and I was ready for a higher dose of chemo (this will be the only time they raise it), so now I’m at 350mgs of Temador from here on out.

I started the Temador on the following Friday. I could definitely tell that the dose was higher. I felt tired from the start of it this time. And to notice on day one was definitely tough. My mom came down on Sunday as it was the day we were having Ben’s birthday party…yes, I scheduled his party during the middle of my chemo…life goes on…and his birthday party was a hit. He was a very happy boy!! 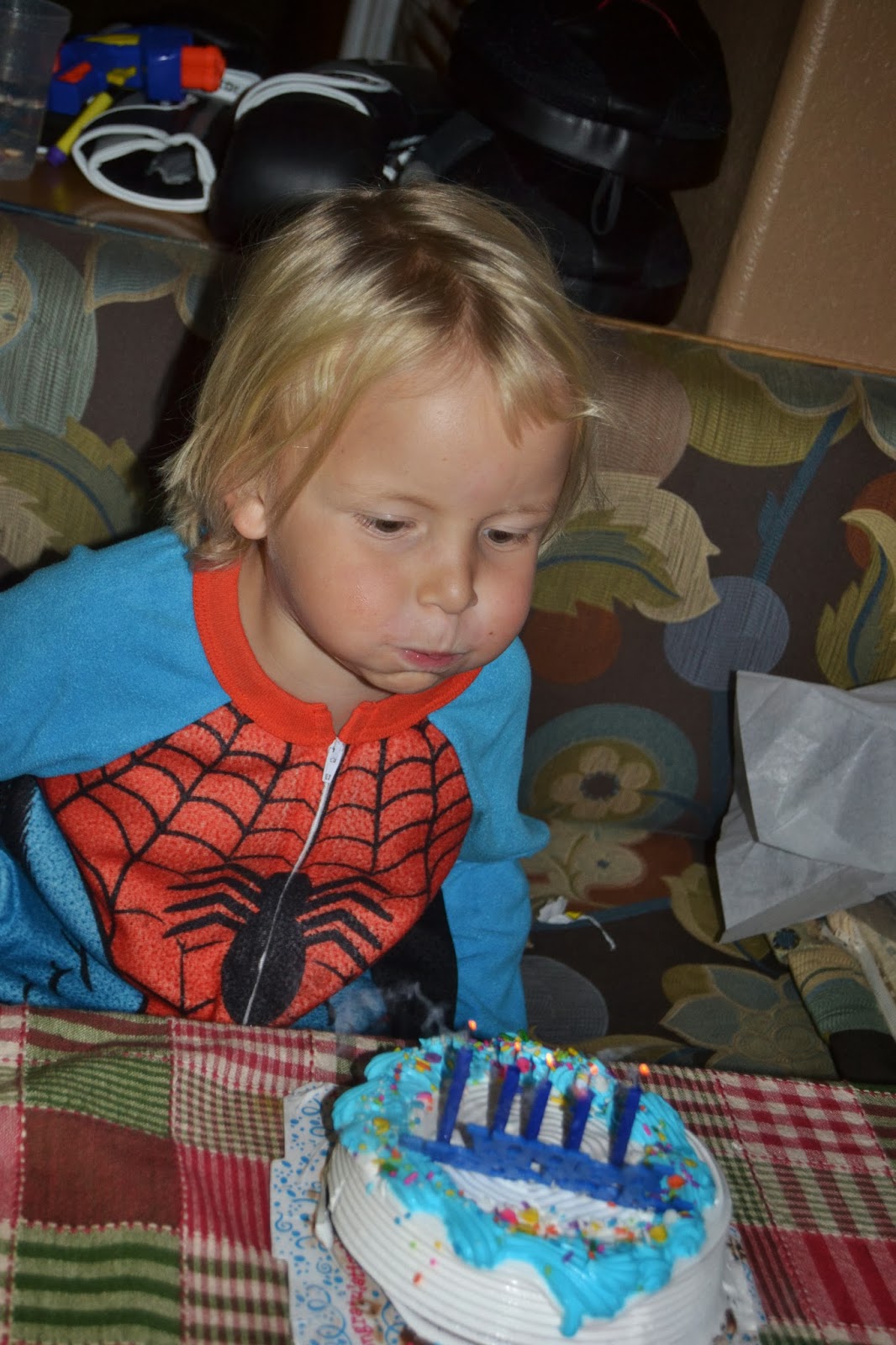 The birthday boy, celebrating his birthday and finally being home from the long day at the hospital.

I really don’t want my children to realize that I am on chemo now or to see a difference in me. I want them to look back and say wow, I never knew my mom did chemo…if she can do that without me noticing…then I can do anything. I would love for it to make them stronger and for them to realize they can do anything they put their minds to.

So with my mom around, I was able to nap a little more in the afternoon and have her pick my boys up from school. Mom ended up getting sick and leaving on Wednesday (one of my toughest days), but that was fine as I have my daughter and husband around to help me out. I also really didn’t want to catch whatever she was coming down with so I was happy to have her leave!!

I got through the chemo just fine, but the nausea was way more intense and I found myself taking more anti-nausea meds that I did the time before. And the anti-nausea meds give me all sorts of other problems from constipation to headaches, so I have pills to help with those, ugh! I hate talking pills for the side effects of the pills that are supposed to help with the side effects, lol…it’s a vicious cycle.