Enjoy it while you have it

You never know what tomorrow holds 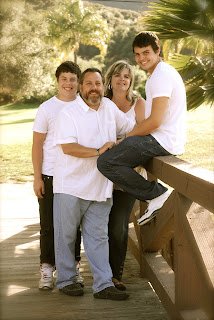 I received a call on June 20th, just days after my daughter graduated from high school (post will be published soon), saying that my older sister by 11 years, Julie, was in the hospital. She had passed out just 5 days before while on a family vacation in Ireland, was treated by the ambulance and a private doctor in her hotel room, all of whom said she was fine, normal heart beat, etc.

On Julie’s eldest son’s (my nephew’s) 20th birthday she passed out again . She was in her other (17 year old) son’s room and he found her lying on his bed. 911 was called and the ambulance took her to the hospital. The first few hours in the hospital phone records were gone over, she sent her last text at 5:11pm, the ambulance arrived at 5:22pm. That time frame was exciting for us as we figured that at sometime during that 11 minutes she passed out and stopped breathing and because we don’t know for sure how long, there was still hope…and A LOT of praying to be done.

I left for Ohio on Thursday. When I arrived Julie had been placed in a hypothermic state and her body temperature was brought down. According to Clinical Care Nurse, an online journal
“Improving the outcome of patients who survive cardiac arrest requires stopping the ischemic process as quickly as possible and preventing damage from reperfusion. The results of clinical trials of induced hypothermia, to a core temperature of 32°C to 34°C for 12 to 24 hours, have suggested that this treatment may be beneficial in reducing the deleterious neurological outcomes in patients who have out-of- hospital cardiac arrest. Hypothermia decreases the metabolic rate by 6% to 7% for every decrease of 1°C in temperature. Because the cerebral metabolic rate for oxygen is the main determinant of cerebral blood flow, inducing hypothermia may improve oxygen supply and reduce oxygen consumption in the ischemic brain.” When I first saw Julie, she was cold and pale in this hypothermic state and induced coma they had her in. Because of risk of infection, we had to wear a plasticy gown and gloves in the room with Julie. When I arrived at the hospital, I put the required clothes on and grabbed her hand with my gloved hand. She was very cold, which was disturbing to me as she already looked dead and now felt it too. I held her hand, cried, and prayed. I didn’t understand how this could be happening to my sister. (I have lots of questions for God when I get to Heaven).

After the 24 hours of Julie being in that hypothermic state, we were still talking about how to fix her heart, would she need a pace maker, transplant, or something else installed to keep her heart beat regular. In order to determine the next steps for Julie her body had to be brought up to a normal temperature, which took about 36 hours. During this time, we (my brothers, Randy and Tyler, my sister Kim, my mom, dad, Julie’s husband Bobby, and I) all talked to her, knowing that hearing is always the last thing to go and that we we didn’t want her opening her eyes wondering why all of her California family was in Ohio or hearing something negative, so we kept up positive talk in her room. Once her body was at a normal temperature, an EEG (to see if there was any brain activity) was done. We all continued to talk to her, ask her to open her eyes, look at us, squeeze our hands, sing to her and so much more. On June 27th, my mom’s birthday, she had all of her children together in the same room one last time for her birthday, we all held hands and cried (I’m even getting choked up typing this part). We were then told that Julie needed to come off of all medication as it interferes with the EEG test. So another 24 hours later a second or third (I heard both and do not know for sure) EEG was preformed. This came back with her having no brain activity, except for the normal reflexes such as swallowing, breathing, and blinking/opening eyes which would continue as they were from a part of her brain that wasn’t affected. But the majority of her brain, the part that made her Julie, was not working and we would never have our Julie back. This was devastating news.

Julie put great detail and her own words into her will and she had a DNR, which included not being kept alive on a feeding tube or respirator. Knowing this, we made the decision she would have wanted and put in her will, we removed all tubes keeping her alive. Julie was removed from “life support” on June 26th and passed away July 4th. So she got to see the fireworks from a different view that the rest of us, but what a difficult day it was for all of us.

During all of this, her friends brought meals to our family each night in the hospital. They brought yoga mats, blankets, pillows etc for us to sleep on. They were all wonderful and it was great seeing that my sister who was living so far away from family had her own “family” there with her friends, and they truly were amazing. One night her boys’ school had a prayer vigil where over 250 people gathered (out of a school with 500 students) to pray for my sister.

Throughout all of this I met so many people who Julie inspired, prayed for, and was a best friend to. My sister was just so wonderful, I have to question why God would take her, she had so much more she could do here on Earth.

Julie’s service was beautiful and very emotional. The flowers were beautiful and the amount of people who came to her service was phenomenal. I was blessed to be a part of her life and felt her presence through all of her friends (even eating with them at her favorite restaurant)! 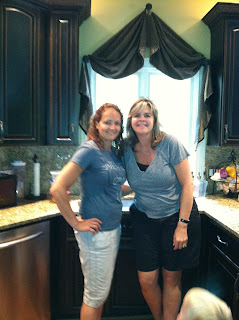 I am so grateful that last summer on our bucket list trip across the country, we were able to spend some time with her. She came out to California for holidays, some birthdays and to visit family throughout the year. We spent a couple summers together as a whole family at our parent’s time share near San Diego. 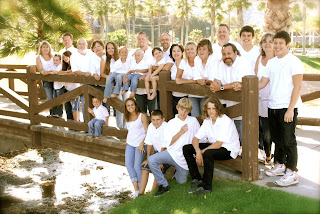 These two family pictures were from 2 summers ago when we all gathered for a summer vacation at Welk resort in San Diego. Julie joined us last year and was planning on joining us again this year. 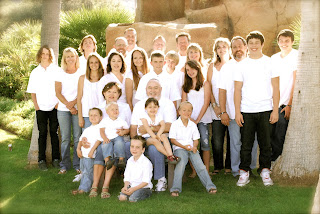 It is so hard to lose a loved one, not knowing why God would take her from her family, children, and friends, only makes it more difficult. Some friends from her Bible study said that God had different plans for her and that this was his way of using her for better good, which makes me wonder why he would use my sister when she was doing so much good here on Earth, serving him and others.
This is yet another reminder to make the most out of each and every day, you truly never know what tomorrow holds for you or even if there is a tomorrow.