This year was a much better Thanksgiving than last year, when I was just released from the hospital with a brain tumor diagnosis.

This year we know exactly what I have, so no guessing, and I’ve already gone through the surgeries, been treated, and somewhat know what to expect.

We spent Thanksgiving at my brother Randy’s house this year. (Last year most of my family came down to my house as I was just released from the hospital and my brother, Tyler, and his family flew down to see us.) 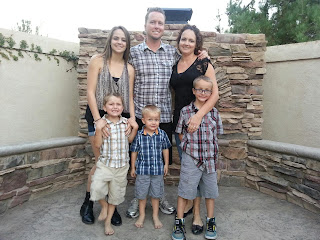 The men and older boys in my family golfed as they do every year in the annual Teffeteller Thanksgiving Golf tournament. As usual, my husband’s team won the tournament. I was thrilled, it’s always good to have bragging rights!! While the men were golfing, the women and my young boys were hanging out at my brother Randy’s house and talked and cooked and ate the appetizers we put out.

We had a really good meal. It was my first Thanksgiving as a vegetarian, so I didn’t eat any turkey. But I have always liked the side dishes and desserts the best, so I was able to load up on those. My husband and my boys did eat turkey. My husband, Sean, said that Thanksgiving is his favorite holiday and that he can’t go without eating the turkey because he looks forward to it every year. My daughter and I were the only ones who stayed vegetarian! I don’t see anything wrong with their eating the turkey, it’s not like we are vegetarian because of animal rights. We are for health reasons.

We had such great family time. I wish these days could last forever! And it was a beautiful Southern California day in the low 80’s.

I was also fortunate enough to volunteer in my 3rd graders class last Tuesday for his Fall party. The room mom, had the kids make turkeys in which the feathers told what they are grateful for. The students in his class put a whole bunch of different things they are thankful for such as mom, dad, grandparents, siblings, food, Jesus, but not my son. He decided to write that he was thankful for his video games and his money!! Sometimes you just have to laugh. And when I brought it home a set it up on the kitchen table, the dog got it a chewed on it, so no picture of the finished product. And Josh was not happy about it, but it was probably going to make it’s way into the trash that evening, so I wasn’t too concerned. 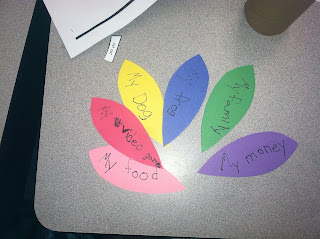