We left Tennessee for New Orleans early in the morning so that we could get there in time to enjoy the evening there. We planned to stay 2 nights at the campground. 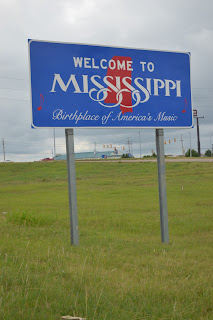 We drove through Mississippi and at one point, Sean decided that he didn’t want to drive and that it was my turn. So he pulled off the freeway at a gas station and we switched drivers. When I was pulling out of the gas station, Sean said “you are way to close to that car, you’re gotta hit it!”  I pulled out of the gas station and paused in the street to see if I did scrape the car, like Sean thought I may have, but there was no movement from the car, even though there were people in it. So I got on the freeway ans headed south to New Orleans, when about 10 minutes later I see the car that I came close to following us. I pulled over off the freeway. Looking in the back up camera and rear view mirrors I could see two big tattooed me get out of the car as they followed us off the freeway! I told Sean and he said “kids, stay in the RV” while he and I were getting out. The men said they were sleeping in the car with their girlfriends when one said they felt a bump and saw an RV, so they didn’t even fully realize if we had bumped them or not and we told them we knew we got really close, but didn’t feel anything. We saw a mark on their car in the front, but one of the men rubbed it out and we rubbed out a mark on the side of our RV. The men, however scary they were, ended up being very nice and said “it’s an old beat up car, we’re not going to worry about it. Enjoy your trip!” Wow, were we ever shocked! People in Mississippi were so nice, or like Sean says they were still drunk from the night before and didn’t want to get into trouble for that. 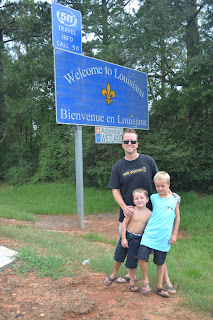 We continued on our trip and made it to New Orleans. I must say, I have never felt heat like this before. I am now worried about Florida and the rest of the East! 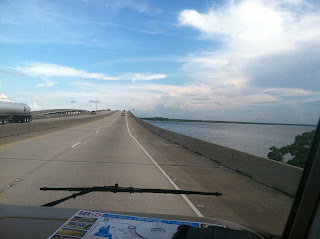 It was a beautiful drive across a very long bridge. 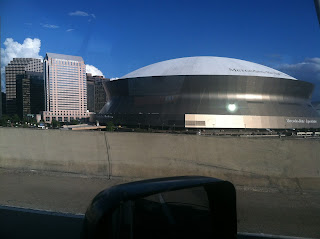 We drove past the Mercedes Benz Superdome 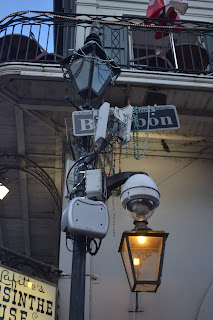 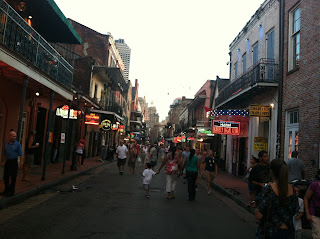 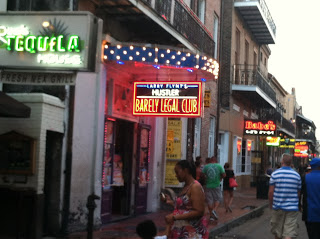 We walked around in the heat and found a nice place to eat with air conditioning. The wait was long, but we wanted to really experience the town and many people told us about this restaurant, since we had never been there before and would probably never go back. 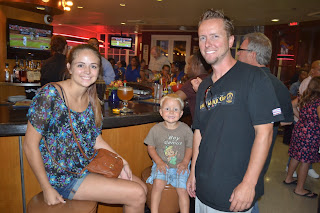 Patiently waiting for our table! 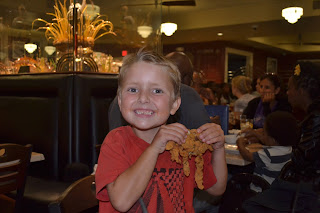 Once seated, Sean and I ordered a fried Cajun seafood platter that had a large fried crab! The boys thought it was great and wanted pictures with it and to taste it, since they both really enjoy seafood. Here is Zach with the crab (don’t worry, there was no shell), but it still was the shape of a crab! 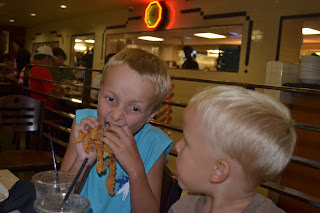 Ben waiting for his turn as Josh takes a bite of the crab! 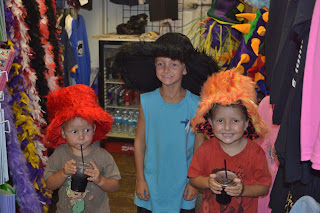 We ended the evening by walking back to our campground, which was the nicest campground we have stayed at so far. We stopped at a fun shop where the boys tried on hats for a full experience! Boy did they look cute!! 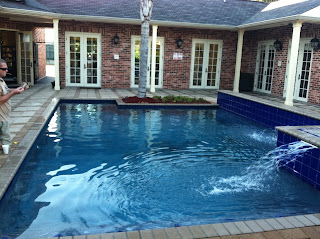 After we got back from Bourbon Street, we went swimming. It was a great place to cool down and get the kids tired out for a good night’s sleep. (I had to take these pool pictures the next morning as it was too dark when we were there at night.) 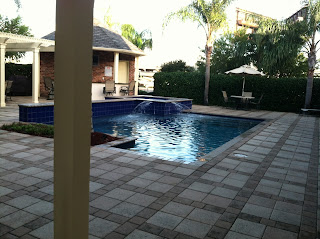 Here is the picture of the campground, it was right next to Bourbon Street, we only had to walk a couple blocks! Each spot was paved and had a little grass, but it was just so clean and in the perfect location for us. Which is probably why it is the most expensive camp ground we stayed at! 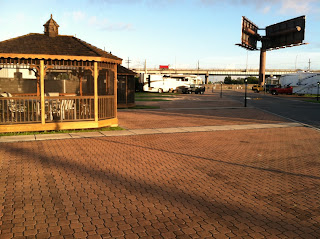 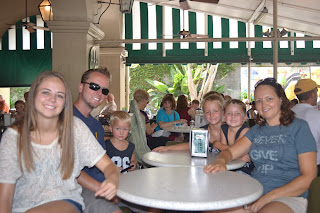 In the morning we walked around the town a little more, it was still hot and there were people all over cleaning up the area, washing the sidewalk off, etc. We were told that we had to eat a beignet and that there was no better place than the famous Cafe Du Monde. We were lucky to find a seat fairly quickly when we arrived. When we left there was a very long line of people waiting to get a seat. 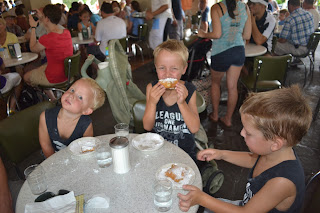 The beignets were great! We all enjoyed them and the boys got powdered sugar all over themselves! 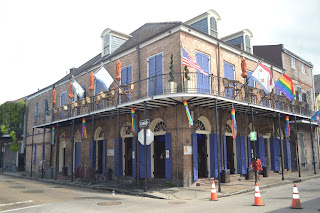 I took some pictures of the architecture in hopes of framing some when we get home.
I plan on doing this and already have taken some nice scenic photos so that I can frame them and hang them in our dining room as a reminder of all that we did as a family! 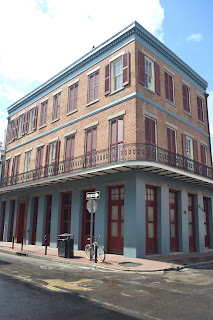 Our walk back to the campground was even more beautiful in the day! But it was still overwhelmingly hot!!
We decided not to stay another night as we felt we did everything in New Orleans that you can do as a family and there was no point in staying another night, so we left in the morning and headed up to my cousins house in Alabama.