After Mt. Rushmore, we were back on the road again, this time heading to Tennessee to see Sean’s sister. It was quite a drive from South Dakota, so we planned on taking our time (as much as we could take) and seeing some sights along the way! We stayed at a campground just outside of Branson, so that we would be able to get an early start on the day and tour the town. 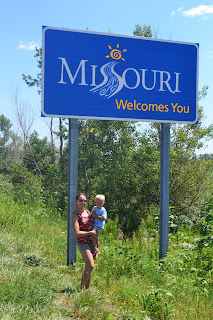 When we arrived in Branson, we stopped at the visitor center to see what there was to do. We wanted to experience the town in a couple of hours with the kids. 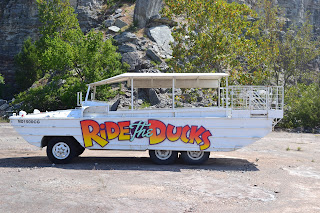 We decided that a duck tour would be the way to go as we would see the town and get to go out on the lake on the guided tour. (This is a picture of an older Duck boat that was on display, the new duck’s are much bigger.) 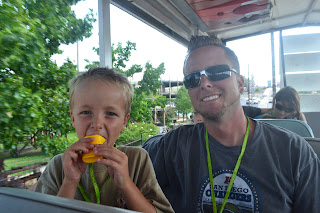 It was a lot of fun and everyone on the tour got a duck whistle. 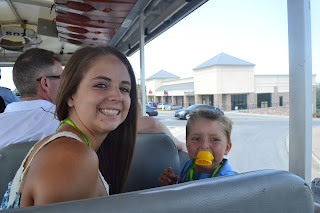 The whistles got annoying quickly! 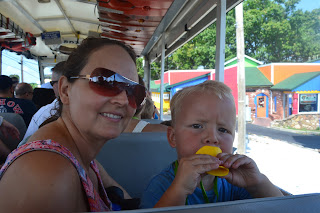 Every time we passed another “duck” we were supposed to blow our whistles at them! 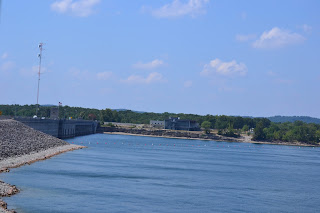 The town and lake in Branson were beautiful. The town was being rebuilt after a tornado a couple years ago. 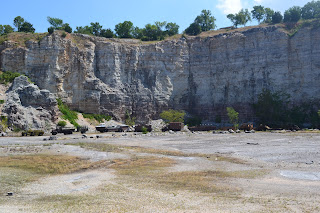 The tour took us up on a hill, where there were many military vehicles 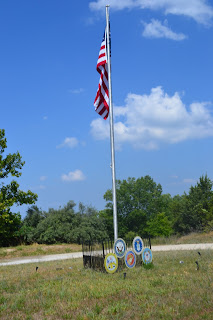 The American flag was at the top of the hill with the seals of each branch of the military. 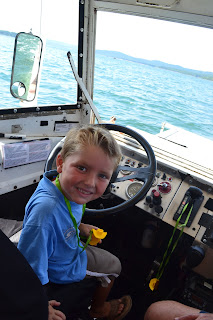 Once we splashed into the water, each kid on the tour got a turn to drive the duck. 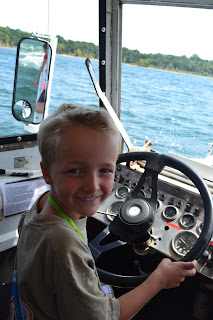 My boys were very excited about driving the duck! 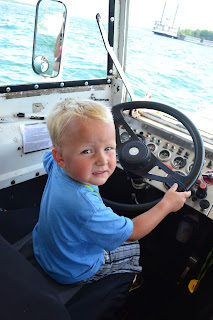 I was worried that they would say Ben was too young, but they allowed him too!! 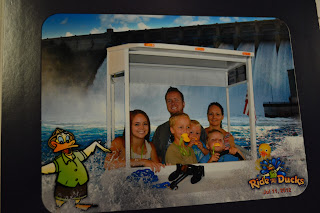 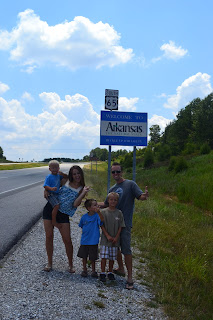 After the tour we headed out and drove through Arkansas. 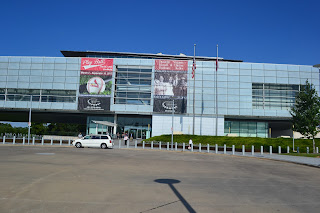 I was excited to make a stop at the Clinton Presidential Library, but we didn’t get there in time. It closed about 2 minutes before we got there. It was a bummer, but we headed out on our way to Tennessee.﻿