Yellowstone Park was definitely on top of our summer travel/bucket list. We were so excited to make it there as it was planned so far in advance. In fact, this was one of the handful of stops we knew we were going to make. 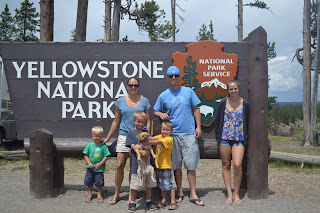 We made it to Yellowstone! 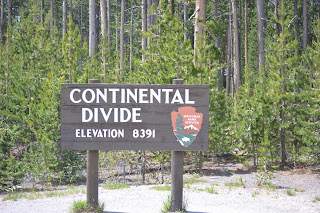 I love the Continental Divide and that rivers on the east flows into the Atlantic Ocean and rivers on the west flow into the Pacific Ocean. Isn’t that just so cool?!! I know, I’m a dork. 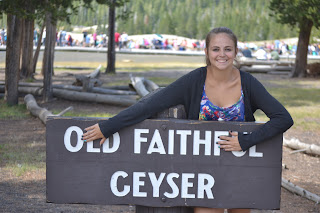 My beautiful daughter, Faith, making her name out of the sign! 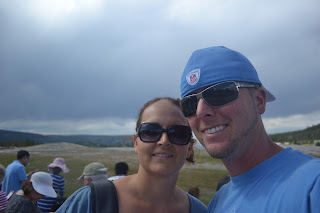 Goofy self portrait of Sean and I in front of Old Faithful. 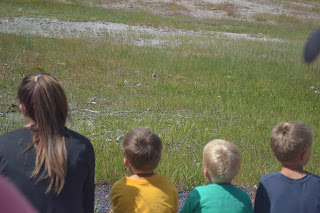 My kids waiting and waiting for Old Faithful to erupt. It’s not always exactly on time and a lot of steam blows out before the big geyser goes off. 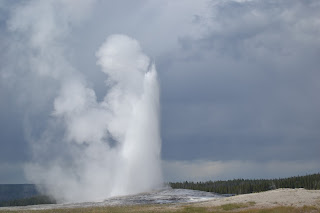 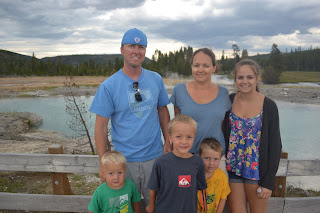 At Biscuit Basin in Yellowstone Park. There were many hot springs around Yellowstone and boy did they stink! 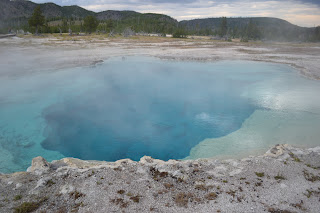 Love the colors, the darker blue, the deeper the water. It was so clear and so cool to see all of the different layers in the basin. 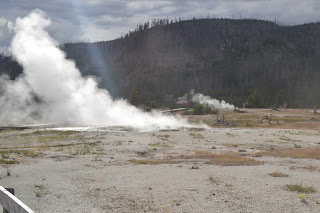 We walked far out on a wooden path and it started raining while we were far out there. 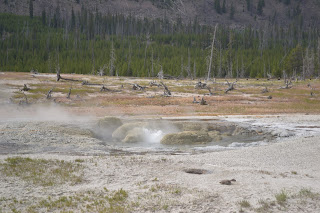 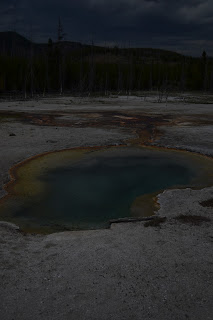 It got dark from all the clouds and rain. This hot springs basin had some moss, which made it look so beautiful to me. I absolutely love how colorful it is! 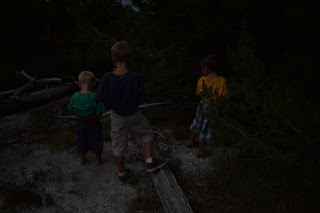 The boys had to relieve themselves!! 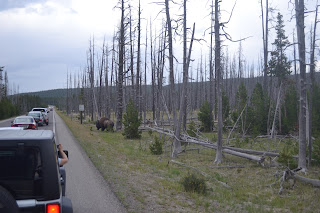 Yellowstone was like a huge drive through safari. There were so many animals and the animals didn’t care if they stopped traffic and everyone seemed to slow down to look at all the animals on the one lane roads. When we passed by the bison, it crossed the road behind us and all the cars behind us had to wait! We made it just in time!! 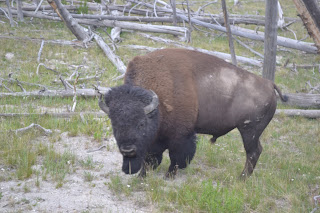 This bison caused quite a back up for us and many others! 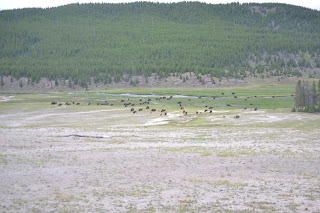 Buffalo galore! It was like this all over the park. We saw bison, and grizzly bears. 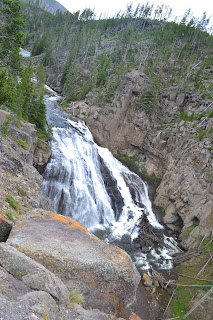 Beautiful waterfalls all over Yellowstone, too many for us to stop and look at all of them. Especially since we were only spending 24 hours there. 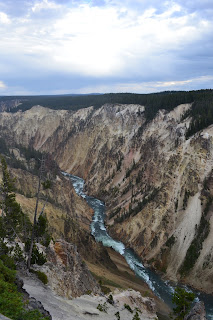 Such a view from over the rocks of this gorgeous river! 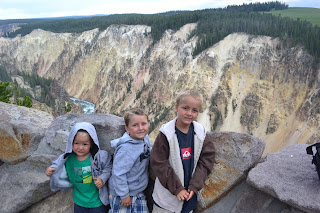 We had to look over these rocks to see the river. Josh, Zach, and Ben enjoyed this part of Yellowstone. 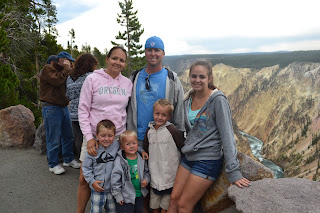 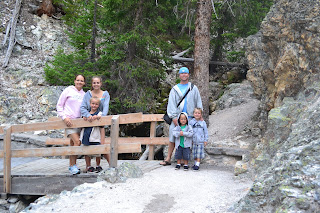 The kids loved that we hiked down to see the waterfall up close. 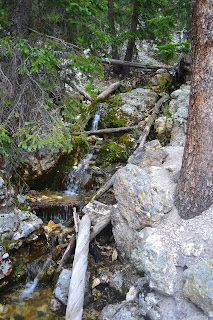 A small stream, same stream as in the above picture, but we’re not blocking it! 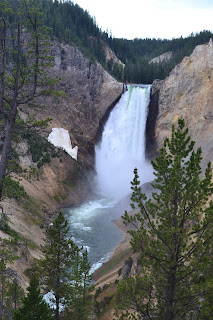 Up close picture of the waterfall. 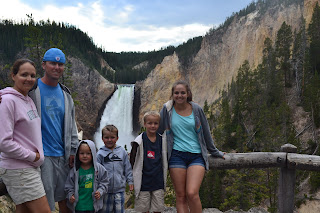 Family picture at the waterfall. Not many people hiked down as it was a long hike. 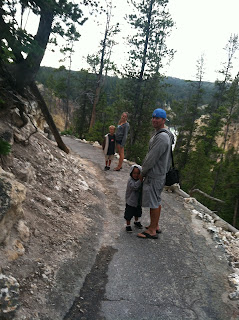 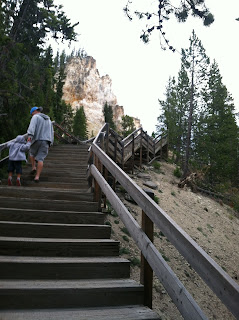 It was a very long hike down to the waterfall and even longer back up to the top, but it was beautiful and we had so much fun 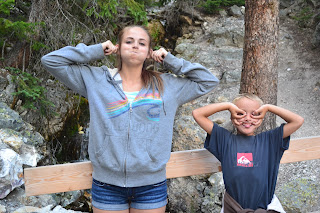 Faith and Josh being silly! 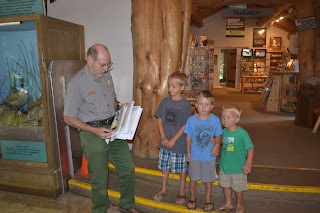 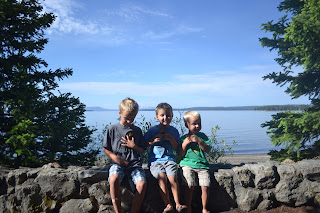 They were so proud of their Jr. Ranger badges that they didn’t even care about the beautiful lake behind them. 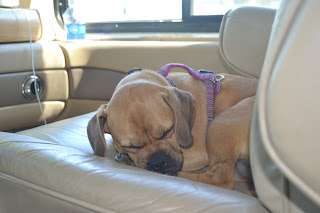 Our dog Honey (the first thing we did on our bucket list was to get a dog) sleeping on the front seat as we drive through Yellowstone. 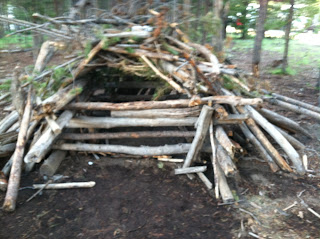 At the campground there were several wood “forts” although I’m not sure who or what made them, but they were cool to check out. We were told that all food had to be kept away in the motor home and that no soft sided motor homes or tents were allowed in our campground because we were directly in the grizzly bear’s migration path.