We left Washington early in the morning of July 5th and headed to Idaho. I never knew how different the east and west sides of Washington are. Just like California has so many differences. The eastern side of the state is much drier and more desert like. We were wearing pants and sweatshirts much of the time near my brother, Tyler’s, in La Conner. The eastern side of the state was in the 90’s and felt great to us. We made one quick stop at a farmer’s market that my brother told us would be nice. We stopped, shopped for fruits and veggies, then made lunch in the motor home with what we purchased. It was great! We even got some special treats for the kids. 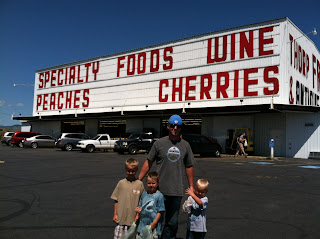 ﻿
Then we continued to head to Idaho, to my cousin Dan’s house in Coeur’d Alene. Idaho was beautiful when we arrived. It was great to see my cousin and his boys (he has 4, so he remembers what it was like when they were little)! We walked down the street from his house to Lake Coeur’ d Alene, which was breath taking. My boys ran around and went into the very cold water and acted like it wasn’t could to them. We stood on the bank and watched them, talked with my cousin and took some pictures. 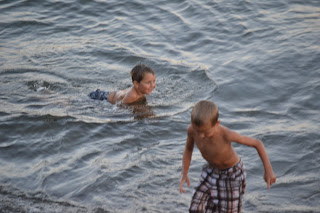 Josh and Zach playing in the water! 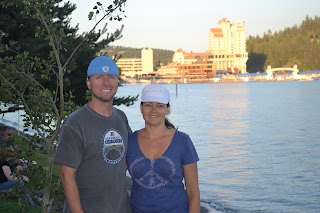 Sean and I with a beautiful resort in the background. 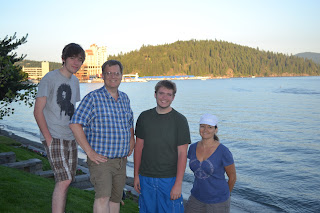 My cousin, Dan, and two of his boys with me! 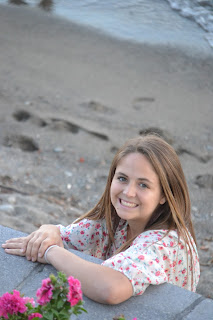 Faith really enjoyed hanging out with Dan and his boys, it was the first time in a week that she spent with anyone her own age!
In the morning when I woke up, Ben and I took our dog, Honey, out for a walk and the night before, Dan told us that there was a river a couple blocks from his house in a different direction than the lake. Since it was such a beautiful town, Ben and I decided to explore. 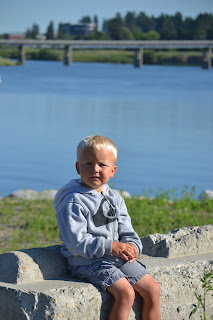 Ben loved walking with me to the river. He was my little buddy on that trip and it was so nice to be able to spend quality time with him. 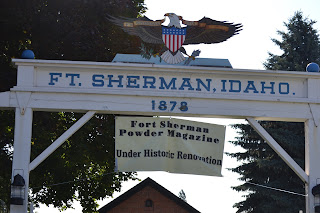 The community college was built where the was an old fort 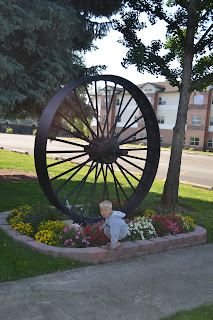 We left Dan’s house after breakfast and drove to eastern Idaho, not knowing we would be going through Montana to get there, but it was cool going into another state! 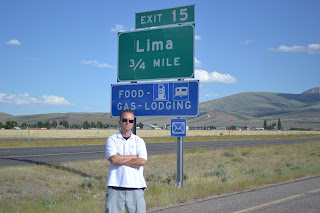 My handsome husband, Sean, is VP for a company called Lima and we thought it was cool when we saw this sign on the side of the road, so we stopped and took some pictures with my husband in his Lima shirt and the “L” on the hill in the background.
We continued to drive most of the day and in the evening arrived in Idaho Falls. We noticed somewhere along the drive that the time changed, so we arrived later at our friend’s house than we wanted to.Once there we had dinner with him, sat around and chatted about old times, his love for his little girl, his horrible custody battle, and so much more. It was a great night of catching up. The boys fell asleep while we were all talking. 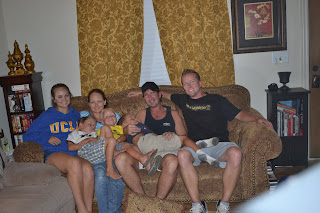 John has been a friend of mine for many years. He used to carry Faith on his shoulders when she was a baby girl. Now he has his own baby girl, but because of the terrible laws in Idaho, he can’t see her very often. 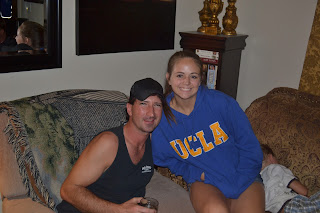